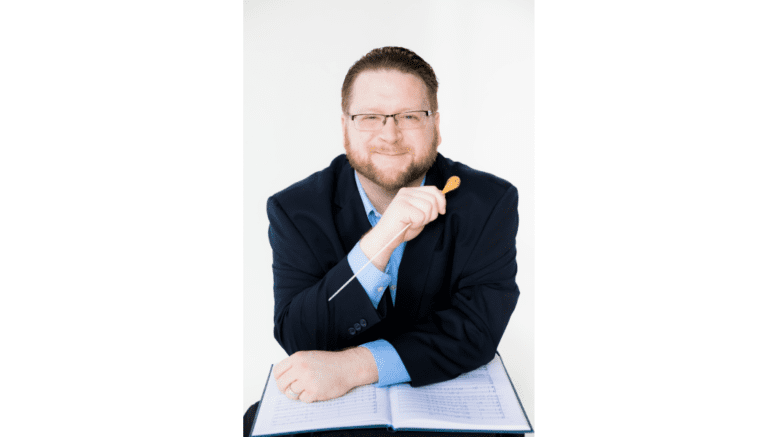 The board of directors of the Marietta-based Georgia Symphony Orchestra (GSO) announced the appointment in a press release.

Parker is the GSO’s associate conductor, and will continue in that role, and will also continue as the director of the GYSO Symphony ensemble.

The newly created position was named in honor of a $I million endowment and $10,000 grant the GSO received earlier this year from the Bobbie Bailey Foundation, Inc, in support of its youth education program.

In his new role, Dr. Parker will serve as the artistic head of the GYSO program, oversee the directors of GYSO’s 13 music ensembles and collaborate with the manager of GYSO artistic operations. He will report to GSO Music Director and Conductor Timothy Verville, DMA.

“We are always working towards refining the GYSO experience for the betterment of our students. And in that process, we identified the need to have this new position,” Verville said. He continued: “Dr. Parker’s mix of exceptional professional and pedagogical experience will allow us to build on our history of providing great educational and performance opportunities for student growth and musical development. We are so thankful to the Bobbie Bailey Foundation for helping us to take this next step.”

Parker serves as the director of orchestral studies at the Dr. Bobbie Bailey School of Music at Kennesaw State University.

He is also the music director and conductor of the KSU Symphony Orchestra and teaches courses in conducting, symphonic literature and music appreciation at the university.

The Georgia Symphony Orchestra began in 1951 with the formation of the Marietta Music Club.

The music room of Arthur F. Moor’s home on 383 Church Street in Marietta would establish the foundations for what would evolve over the next sixty-plus years. Talented local musicians would come together to create and share wonderful music with audiences. From 1955 until 1989, Betty Shipman Bennett conducted the orchestra through this long period of development. The music club grew to become the Marietta Community Symphony.

The orchestra was later renamed the Cobb Symphony as more professional musicians were added to the staff, and in 2011 it became the Georgia Symphony Orchestra.

The GSO states as its mission:

The mission of the Georgia Symphony Orchestra is to enrich our community through accessible, high quality musical and educational experiences that instill a lifelong appreciation for the arts.

GSO Executive Director steps down, retired executive director and board member to co-lead in the interim