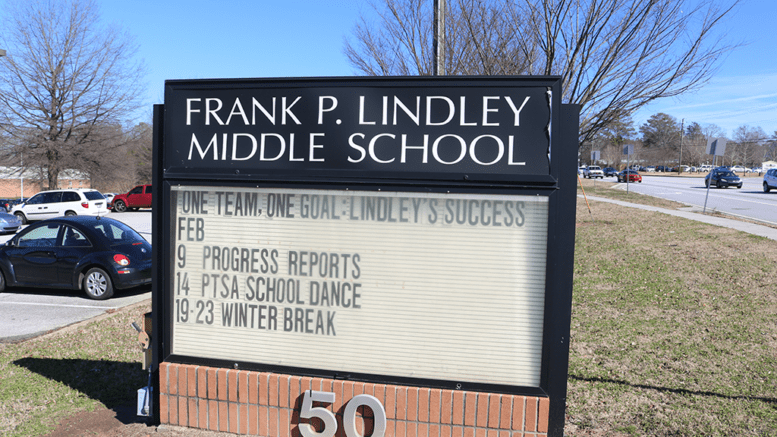 The attendance zone for Lindley Middle School will split next year when Lindley 6th Grade Academy transitions to become a 6-8 middle school named for the late Betty Gray, a former educator and Cobb school board member.

Students at Clay Harmony Leland Elementary school will be split between Lindley and Betty Gray.

According to Marc Smith, chief technology and operations officer, rising 7th and 8th graders can opt to remain at their current middle school.

“Those in the yellow will attend Lindley, which is a lot closer, and those on the east side of Mableton will attend Betty Gray, and it just makes better sense because right now everybody attends Betty Gray–or Lindley 6th Grade–and then they go to 7/8th. So those that live in the far west side of Mableton or Austell, it is a significant drive. If a child misses the bus, they miss the bus. That’s it. There’s no parent taking them,” said board member Leroy Tre’ Hutchins.

Lindley will have 1,168 seats and Betty Gray will have 862. Superintendent Chris Ragsdale said both schools will have room for growth by 150 students.

The board voted to rename the repurposed school for Gray in August. Hutchins credited her with the idea to make an unused building into a one-year school at a time when Lindley Middle School was overcrowded. Gray was the first woman to become a principal in Cobb in 1972 and served four terms on the school board from 1992-2008. She died in June.

Ragsdale said the impact on transportation should be positive as the bus routes will be shorter.