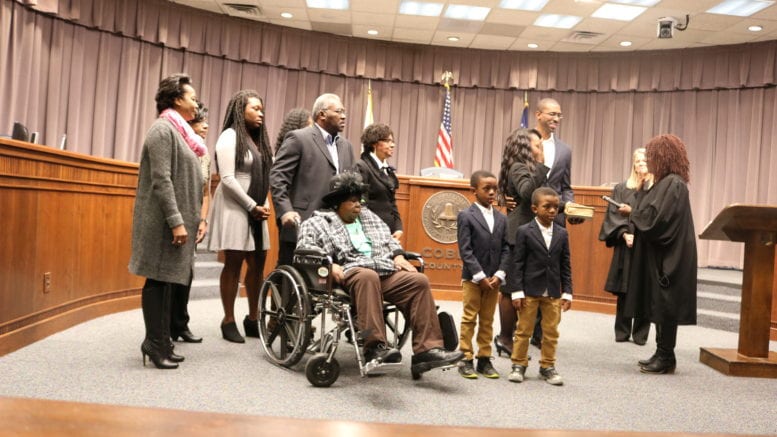 Lisa Cupid, surrounded by family, is administered the oath of office by Judge Bridgette Campbell. Photo by Larry Felton Johnson

The swearing-in ceremony for Cobb County Commissioner Lisa Cupid was held this afternoon at the Cobb County government center. The oath of office was administered by Cobb County State Court judges Bridgette Campbell and Marsha Lake.  The ceremony began with opening remarks by county manager David Hankerson, and an opening prayer by Dr. Tony Le.

The Pledge of Allegiance was led by commissioner Cupid’s sons, Nehemiah and Noah.  Jennie Leigh read a poem she had composed for the ceremony, and Lisa Lee sang the National Anthem. Several of the commissioner’s family members, including her husband Craig Cupid, and her parents Mark and Yvonne Smith,  gave brief remarks.

Expressing her gratitude for being spared the arduous task of running against a challenger, Cupid said,  “I was shocked in March when election time came up again and I didn’t have any opposition.  I was shocked.”

She said that as a result of this she was able to spend time with her family during the campaign season.  She closed with acknowledgements and thanks to her staff and volunteers, to the other county commissioners, and to the county staff..

This will be Commissioner Cupid’s second term of office. 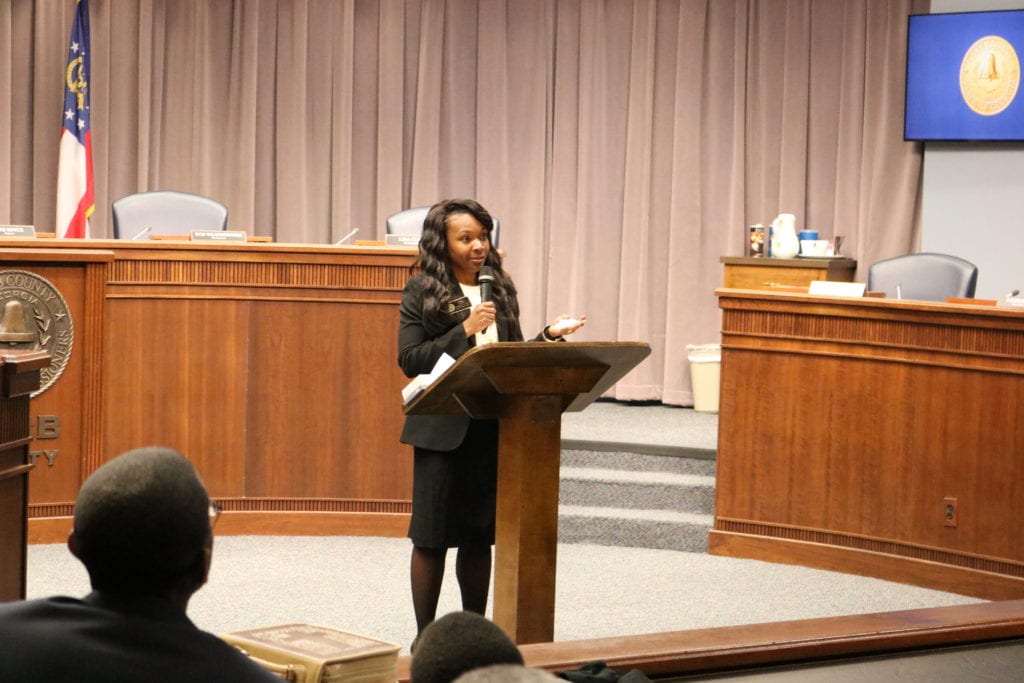 Read the Courier’s past coverage of Boyce and Cupid