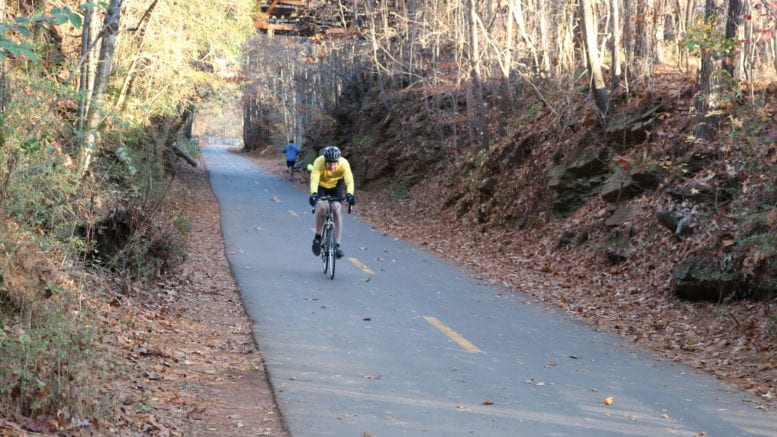 The Cobb County Department of Transportation is taking the lead in a joint project to build a multi-use path along the Chattahoochee River. It would begin at Mableton Parkway, extend northward, cross the river near I-285, and continue northward in the City of Atlanta to a point near Peachtree Creek. It would also connect to another trail on Mableton Parkway which is planned to ultimately connect with the Silver Comet Trail at Floyd Road.  The Cobb County board of commissioners voted unanimously to authorize a grant application to the Atlanta Regional Commission to fund the initial study and reports necessary to begin planning.  Cobb’s partners in the initiative are the City of Atlanta and the Trust for Public Land.

Eric Meyer,  planning division manager at the Cobb DOT said, “I’ll start with the big picture. The Trust [for Public Land] is interested in what they call master planning from Buford Dam all the way down to Chattahoochee Bend State Park … The Trust for Public Land, TPL, is known for putting their nose to the grindstone,  and helping acquire land, and helping with park planning.” 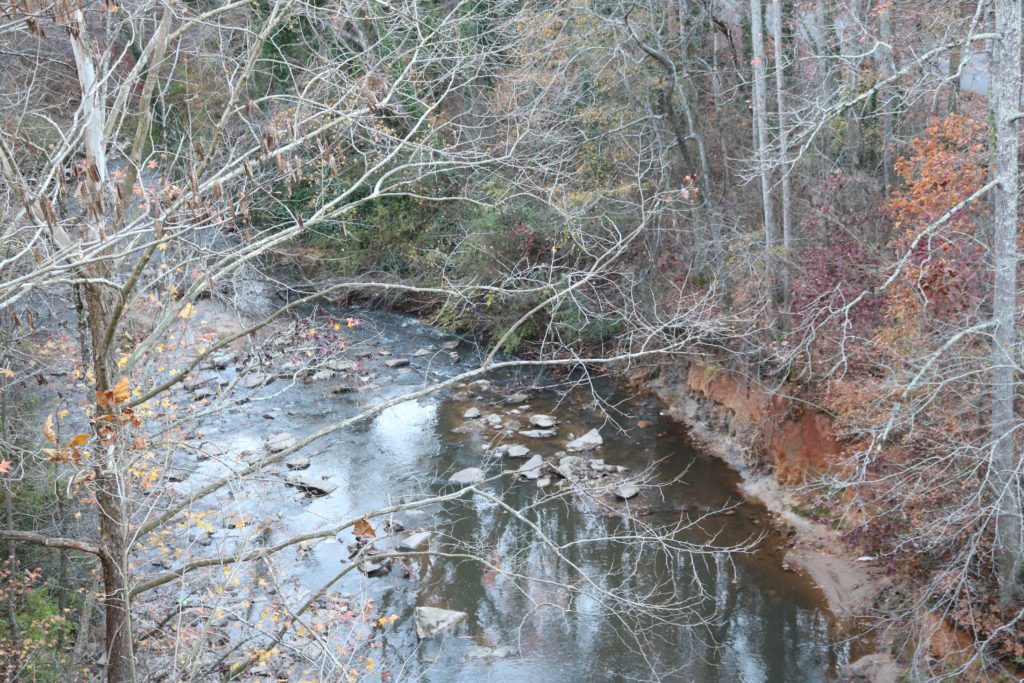 Meyer said that several years ago Cobb County and the City of Atlanta jointly worked on improvements to Donald Hollowell Parkway and Veterans Memorial Highway, and decided to develop a Chattahoochee River trail project together.  He said the reason Mableton Parkway was chosen as the southern point of the trail is that it can connect with the mixed-used trail along Mableton Parkway.  Eventually, the plan is to extend the path along Mableton Parkway and continue it on Floyd Road to the Silver Comet Trail.

The ARC’s grant call seemed like a logical opportunity to start planning the Chattahoochee River trail, Meyer said.  The grant is due May 17.  There are three related reports needed for preliminary planning.  Cobb County’s part will extend from Mableton Parkway to a point near I-285.  The City of Atlanta’s will start near the Proctor Creek greenway and probably extend to near Peachtree Creek. A third study will be needed to plan for a bridge across the Chattahoochee to connect Cobb County’s portion of the trail with the City of Atlanta’s.

Features along the entire projected network of paths, when finished, would include the Silver Comet trail connection at Floyd Road, Mable House, the South Cobb Regional library, the businesses along Floyd Road, the Cobb County park planned for the mouth of Nickajack Creek at the Chattahoochee River, the Riverview Landing community, and the Proctor Creek greenway in the City of Atlanta.

[Editor’s Note] At the suggestion of a reader I’m adding a non-interactive map of the Cobb County portion of the Chattahoochee River Trail.  If I could figure out how to embed google maps created with the MyMap tool, it would be interactive] 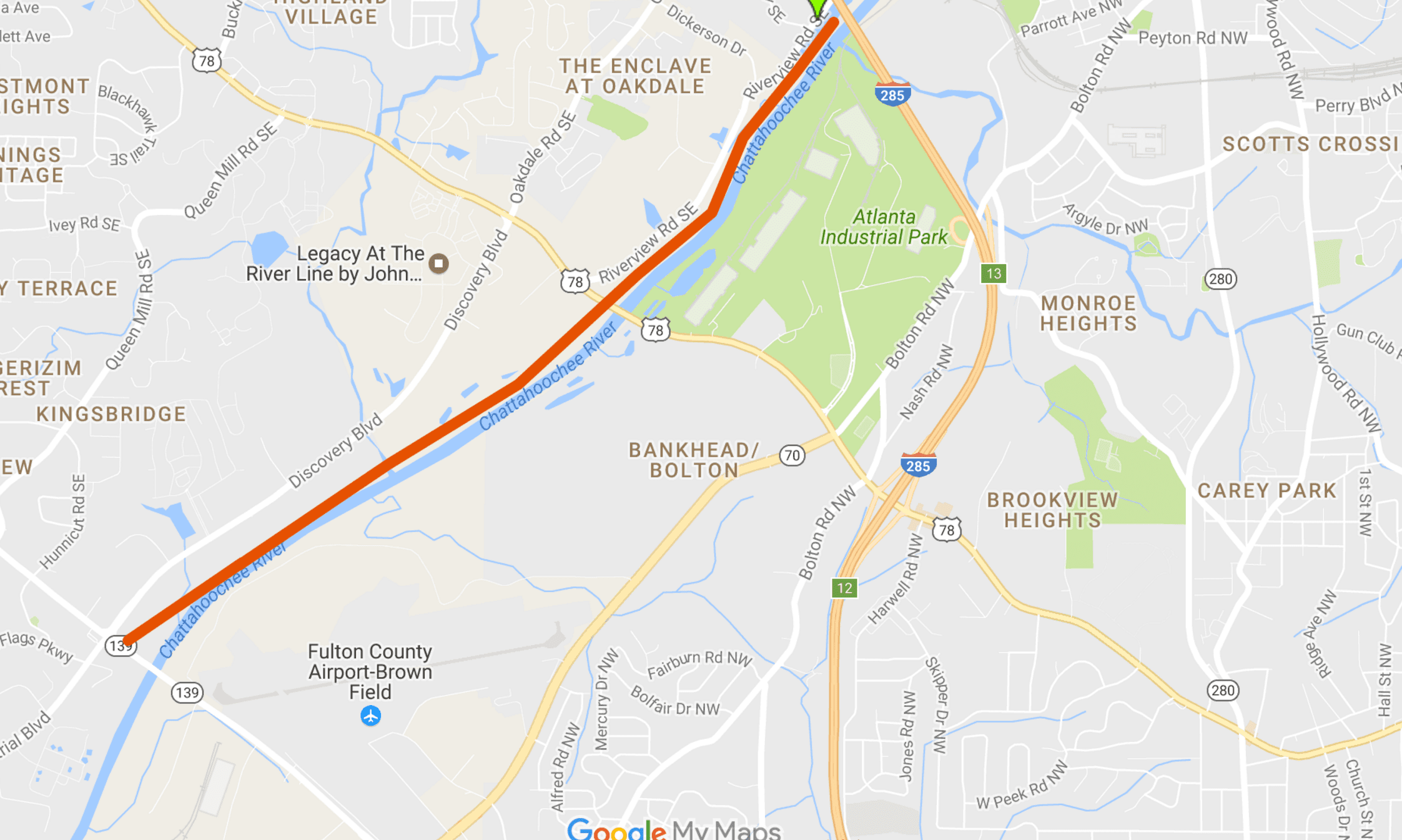 Second bicyclist fatality in Marietta in the past week