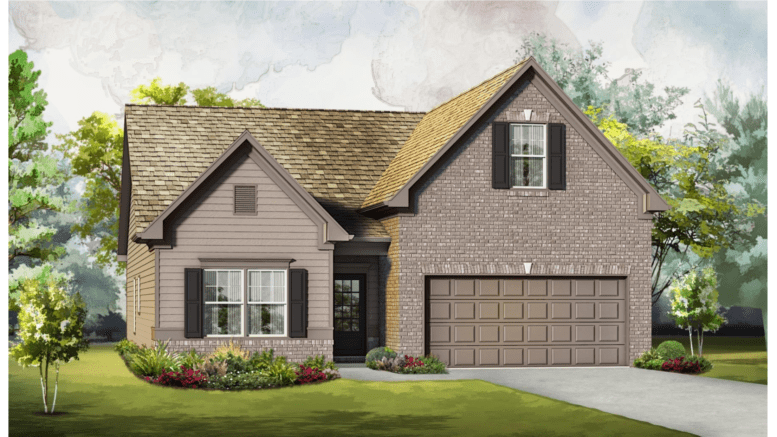 Rendering provided by the rezoning applicant

The information in this article is from the July newsletter by Joel Cope, president of the Mableton Improvement Coalition.

If rezoning request Z-34 is granted, 157 new upscale homes may be built near Veterans Memorial Highway in Mableton.

A rezoning application has been filed for a 46-acre property at the end of Burrus Lane, north of Veterans Memorial (see the interactive map below this article).  The developer is requesting R-5 zoning, which allows lots to be as small as one-fifth of an acre.  The 157 homes would be accompanied by a swimming pool and other amenities for residents.

At Commissioner Cupid’s regular Community Zoning Meeting on Wednesday night, the developer’s attorney asked for a one-month delay in the zoning process so they can make changes to the plan (including the addition of pocket parks, and the lowering of the density at the point where the development would touch existing neighborhoods).

The developer has agreed to a list of stipulations to the rezoning.

The applicant is Josh Thompson, the owner of the land is Barnes Land and Investments, LLC, and the law firm representing the applicant in the zoning process is Sams, Larkin, Huff & Balli from Marietta.

Rezoning request for townhouses in the heart of Smyrna provokes controversy