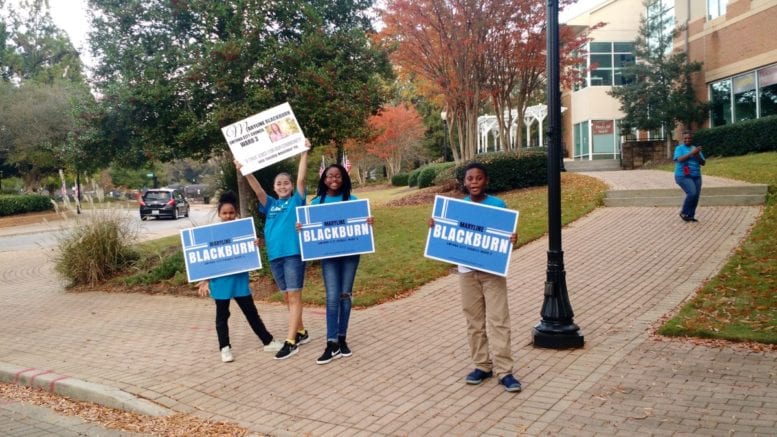 Maryline Blackburn is the newest member of the Smyrna city council.

Smyrna voters headed to the polls Tuesday to decide the next Ward 3 council representative, choosing between Blackburn and local businessman Travis Lindley. In the end, Blackburn won handily, with 511 votes (54 percent) to Lindley’s 439 votes (46 percent).

According to her campaign website, Blackburn is a nonprofit executive, Grammy ballot nominated artist and community activist. She is executive director of Divas with A Cause, where she partners with charitable organizations.

Lindley and Blackburn made the runoff by drawing the most votes in the original Nov. 7 election. Ward 3 includes the central portion of the city, including downtown (a ward map can be found at this link).

Blackburn spoke at Monday night’s Smyrna city council meeting and briefly made her case for the seat.

“I’ve been a Smyrna resident for 17 years,” she said. “I’m running to fill the seat which our dear Teri Anulewicz has vacated. Tomorrow’s a big election and I’m just encouraging everyone to get out and vote. If you so choose to, just check my name on that ballot. Have a great evening.”

The short initial race featured five candidates in total, triggered when longtime council representative Teri Anulewicz resigned in order to run for a seat in the Georgia House of Representatives.

A domino effect led to the opening. First, State Rep. Stacey Evans resigned from her seat to run for Georgia governor as a Democrat. Then Anulewicz resigned from the Ward 3 seat after serving on Smyrna’s city council for a decade, opening the door to a new representative.

Asked by the Courier for her reaction to the election outcome, Teri Anulewicz tweeted

Maryline will do a great job. She and Travis Lindley both ran exemplary campaigns. Their positive messages were refreshing in today’s political climate. Smyrna is a special city & we’re better for having people like them who are willing to put themselves forward to serve.