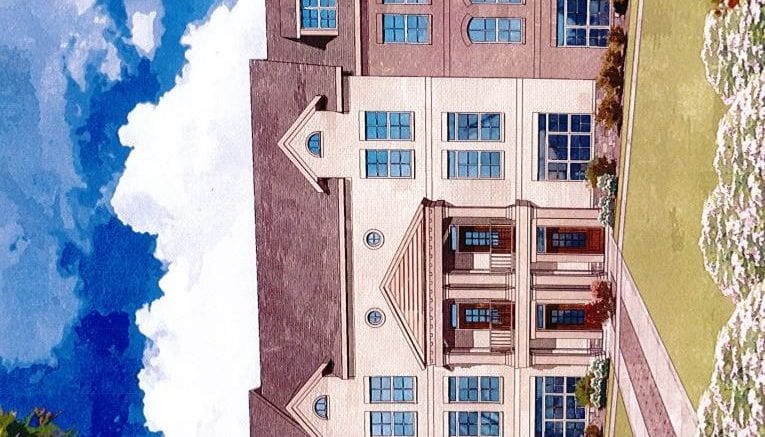 Rendering of buildings in zoning request

The Smyrna city council approved rezonings for a planned townhome complex and liquor store during its regularly scheduled meeting Monday night, but not without getting an earful during public comments. 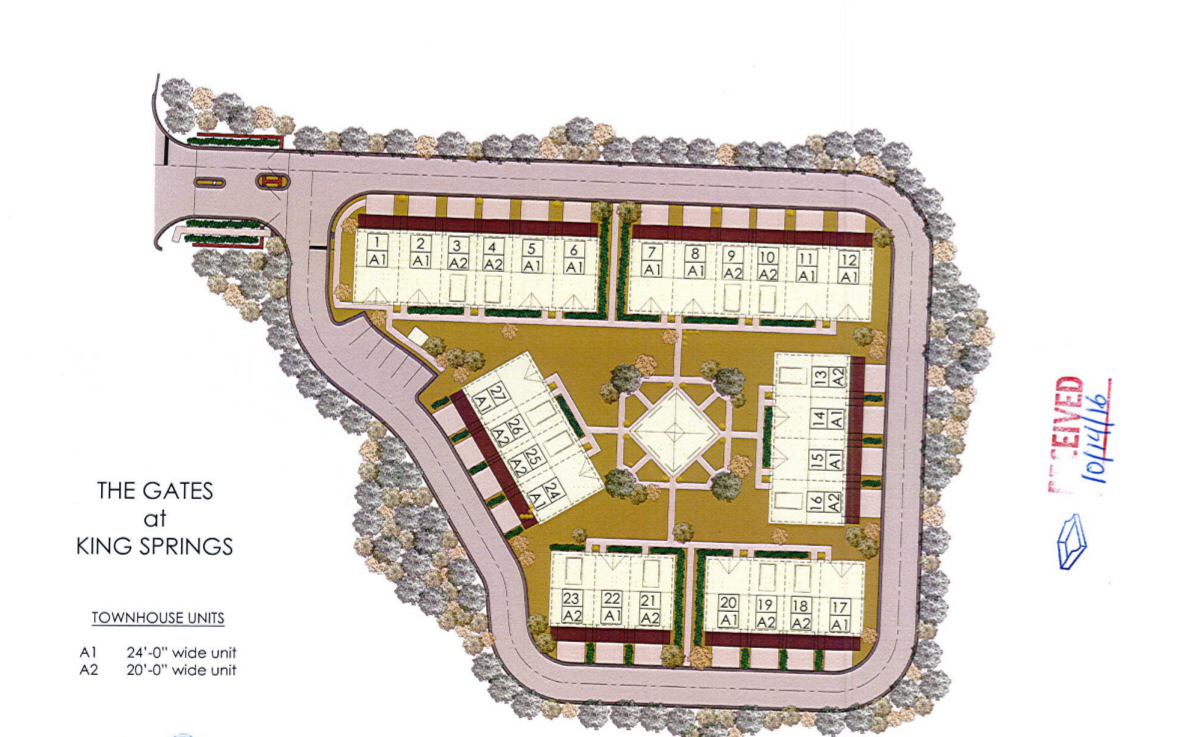 The first passed 6-0, and was a rezoning from OI conditional to RTD conditional for the development of 26 townhomes on 3.35 acres at 528 King Springs Road. The developer, Waters Edge Group, was represented during the meeting by attorney Garvis Sams.

Sams said the property was previously zoned for townhomes in 2006, just in time for the economy to crash. It was then rezoned for a potential office development which never materialized and was being rezoned again for townhomes. The properties will be owner-occupied, according to Sams, and priced from around $350,000 per unit to around $450,000 per unit.

The complex will be located the intersection of King Springs Road and South Cobb Drive, not far from the location of the former QuikTrip gas station.

The first comments from the public were made by Howard Martin, who lives nearby on Lee Street. He was vehemently opposed to the development.

“This is going to impact me coming down King Springs (Road),” he said. “When the old QuikTrip was there it caused terrible traffic congestion… I’m strictly opposed to this because of the traffic situation we already have.”

Martin also raised concerns about the environmental impact and density, and questioned the need for further housing in the area.

Next up was former Smyrna mayoral candidate Alex Backry.

“I’ve had many people say that we are overbuilding in this city and packing in houses like sardines,” he said. “At eight homes, an acre, where’s the privacy? I don’t understand it. The city is starting to look like an extension of Atlanta.”

Backry’s comments drew a few “amens” from the crowd.

The QuikTrip site is adjacent, but will not be impacted by the townhomes. Smyrna Ward 3 council member Teri Anulewicz, who filled in for mayor Max Bacon during the meeting, said the company is still paying a lease on the property in part to prevent competing service station companies from moving in.

The next item on the agenda was a rezoning to make way for a 10,000-square-foot commercial building at 2264 Atlanta Road. Plans call for the property to be largely occupied by Ray’s Package, which will relocate from its current location on Windy Hill Road.

Anulewicz said she’s spoken with many residents about the proposal and admitted it had been a long process.

Kyle Kirkman, who lives in the neighborhood behind the property, said he has been fighting it from the beginning.

“Within three miles of this proposed site there are six liquor stores,” he said. “We have one liquor store that is 0.9 miles from the current site. Do we really need another liquor store in a residential area?”

“This is a quiet, tranquil corner of Smyrna,” he said. “As the statistics show, crime happens around liquor stores.”

Anulewicz pointed out that most of the property is already zoned general commercial, meaning that the rezoning would not prevent a liquor store from moving in. Kirkman requested, and was granted, a provision that the property would not also include a smoke shop or “vape shop.”

The motion passed 5-1, with Ward 5 council representative Susan Wilkinson the lone no vote.

Be the first to comment on "Smyrna council approves townhome, liquor store rezonings during contentious meeting"