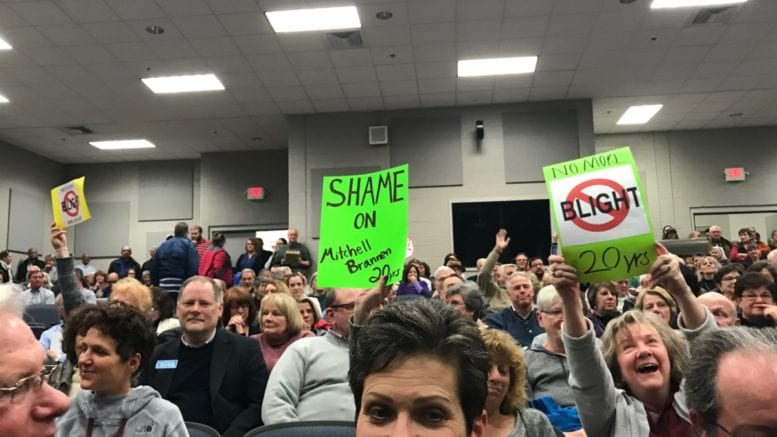 Cobb residents filled Sprayberry High School’s theater to capacity and some attendees were unable to enter. Others held signs expressing frustration over the 20 years of neglect and shaming owner Mitchell Brannen of NAI Brannen Goddard specifically. 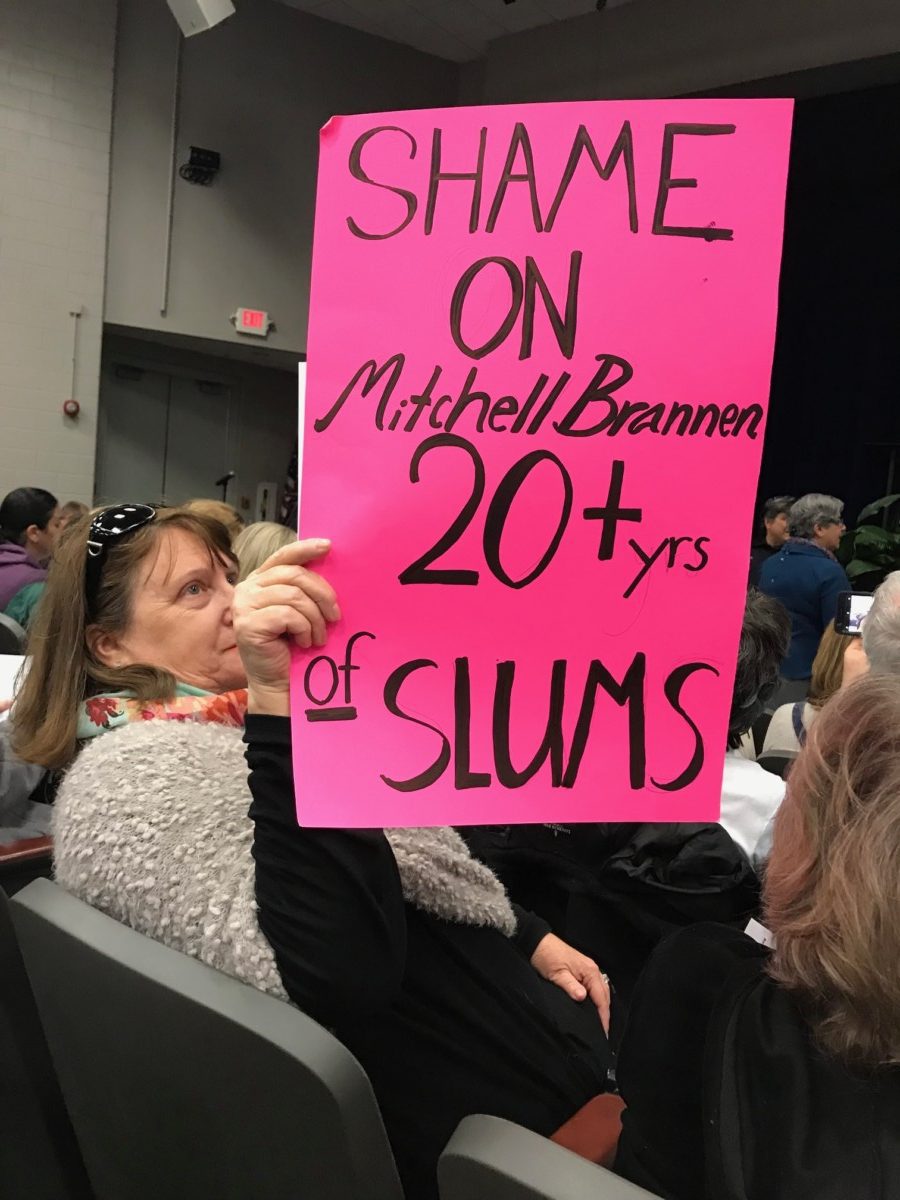 Parsons was impressed by the turnout. He said he was limited in what he could do as “home rule” applies and local officials bear the authority. However, he lives in the area and compared the parking lot to driving in Beirut, saying he would do what he could.

Boyce has been through the property and inside some of the buildings while on police ride-alongs. He sympathized with the community’s frustration. The property had 85 police calls and 42 code enforcement calls from 2011-2017. 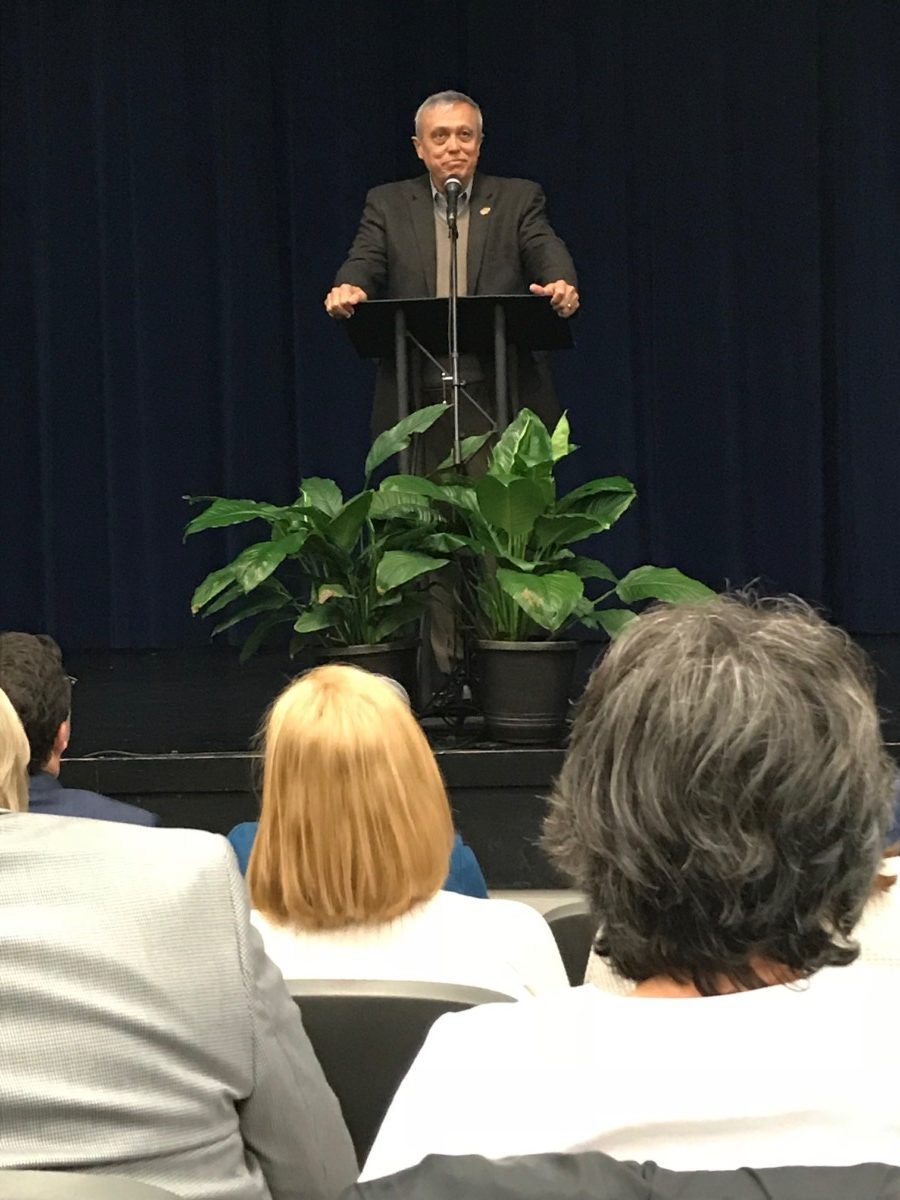 The 2017 passing of the Cobb County Community Redevelopment Tax Incentive Program, commonly referred to as the “blight tax,” is the best tool the county has had to deal with properties such as this one, according to Boyce. Under this program, residents were able to make a nuisance abatement complaint and have inspectors come out to the property. NAI Brannen Goddard was notified that the property met the blight criteria and they must enact a remediation plan approved by the county. If they do not remedy the situation and a judge deems it blighted, they will be subject to a property tax increase seven times the county’s general fund millage rate.

However, Sprayberry Crossing consists of eight parcels and the bowling alley is the only parcel currently considered for the blight tax. Residents were vocally frustrated when it was mentioned that after the additional fee was applied, the property tax on that building would only jump to an estimated $17,000. Some residents expressed feeling that the increased tax would not be enough to spur such a large company into action.

Commissioner Birrell says she has tried for years to draw investors to the Sprayberry Crossing development, but the owners have yet to accept any offers. One potential developer was ready to go in 2015 but no deal was struck. “I want this property redeveloped as much as you 4,000 people on Facebook do,” she said.

When audience members asked why none of the offers have been successful, Joe Glancy said it was likely the owners are seeking maximum return on their property. The owners have been working for years to have a cemetery removed from the property which would drastically increase the sale price, and it is unlikely they will receive a large enough offer to appease them as long as it remains in its current location. 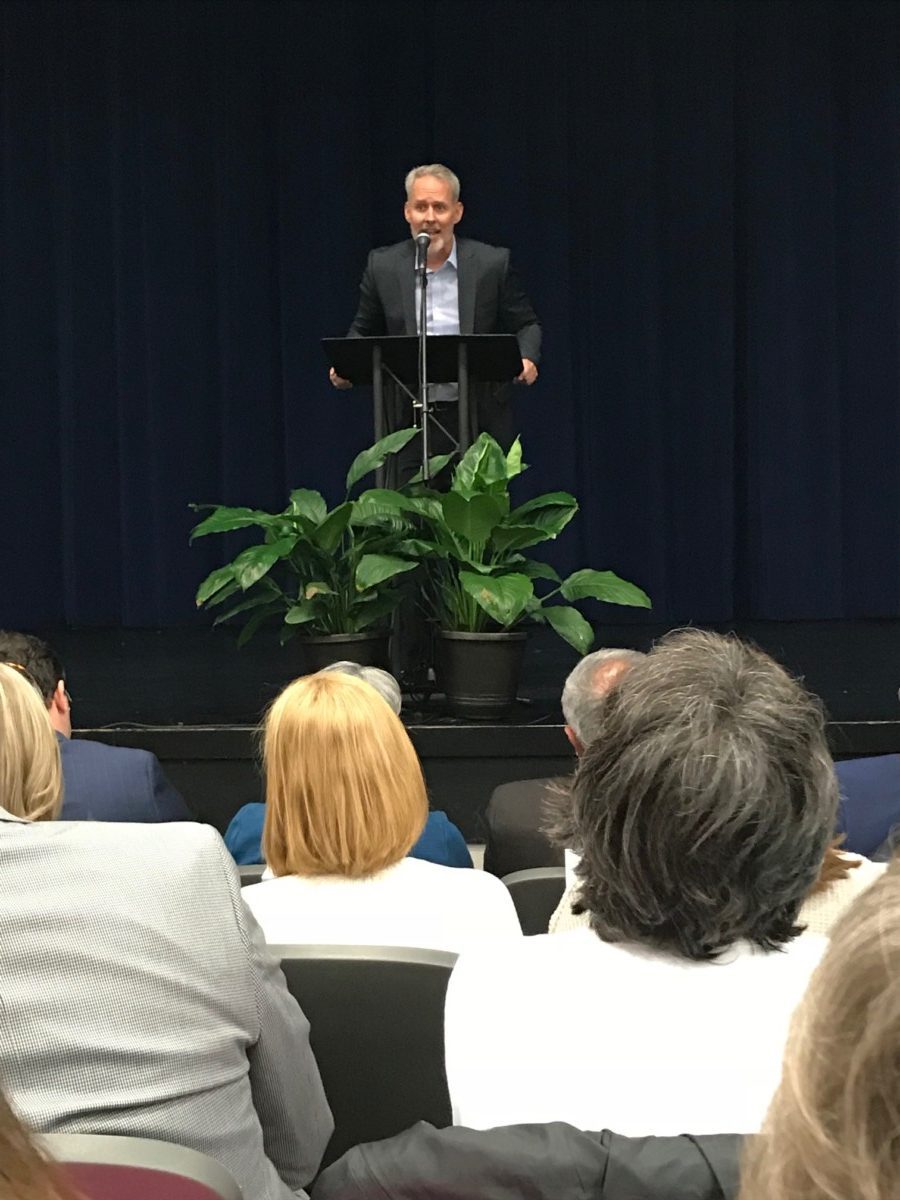 The owners appear to have legally finalized plans to move the cemetery to Sandy Plains Baptist Church, which has offered perpetual care, after reaching an agreement with the descendants. However, several audience members in attendance said they have family buried there and they were never contacted. They are not happy about the planned removal.

Resident Lynn Palazzo lives a half mile from the shopping center. She asked, “What specific steps do you propose we take moving forward from tonight as mutually concerned citizens and leaders to apply pressure to the landowners?” Birrell responded that staying active as the group has over the past 14 months is key. When Palazzo expressed frustration that the landowners have not been responsive to the community, her comment was met with approval by the audience.

Another resident reiterated concerns that the owners would simply pay the tax, rather than make changes. Boyce said, “I know you’ve been waiting 20 years, but one of the concerns that was expressed when we passed this ordinance is that people were afraid that the county was going to use it to take property. We assured them, no, this will only be used in certain situations and this one obviously qualified for it. So we’re halfway through the first step of this process and what you’re asking for is for us to do something above and beyond that, and we simply can’t do that.”

Civil action brought by residents against the property owners was discussed as another way to address the issue moving forward.

There was a moment of levity when an audience member suggested concerned locals pool their money to buy the property and create a park. When Glancy responded that they would need $14-17 million dollars, a man came forward and handed him the first cash donation.