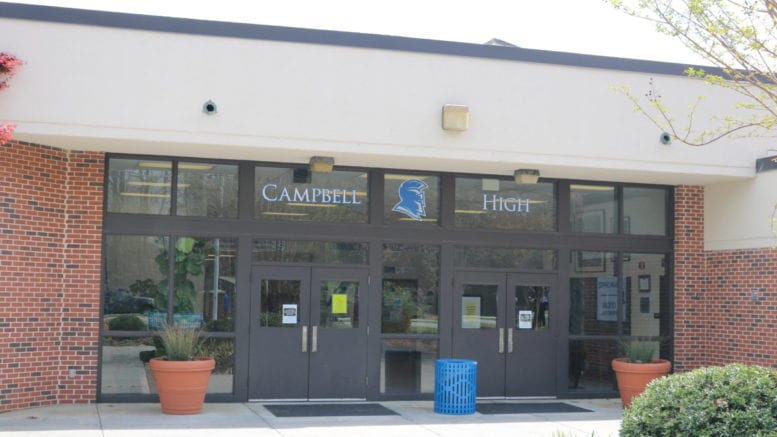 A new middle school, listed in the SPLOST V notebook and planned for the Smyrna area to relieve Griffin and Campbell Middle Schools, will be named in honor of Susan Todd Pearson. She was a former teacher and U.S. diplomat who served as president of the Campbell High School Foundation and was on the Cobb County School Facilities and Technology Committee. She died in 2017. Griffin Middle School principal Paul Gillihan led the committee that selected the name.

“She was a firm believer in education and she was committed to making schools in Cobb County better,” said board member Susan Thayer.

The district is planning an addition to the central office at 514 Glover Street. Though the office is located in the city of Marietta, a portion of the addition will extend into unincorporated Cobb. Thursday night, the board approved staff to submit annexation and rezoning application paperwork to the City of Marietta for the small area that crosses into a different jurisdiction.

Formerly the assistant director, Brenda Carter was appointed as the new Director of Special Education.

Deputy Superintendent John Adams presented an amendment to the Investing in Educational Excellence/Strategic Waivers School Systems contract with the State Board of Education. It would allow additional academic and personnel waivers, such as a 90-day probationary period for new hires.

“In the first 90 days…if things aren’t working out the teacher can leave, or if it’s not working out from the district’s perspective, we can part company there as well, without having an expensive hearing in front of the board,” Adams said.

The board also recognized Mario Alexander of Campbell High School for receiving the Army ROTC Medal for Heroism. On September 9, he was working at the Cobb Parkway Target when two security guards were stabbed during a shoplifting incident. He responded immediately by providing first aid. Alexander is active with the Cobb County Police Explorers Program and credits them for his training.

Smyrna studies annexation that could take population over 90,000