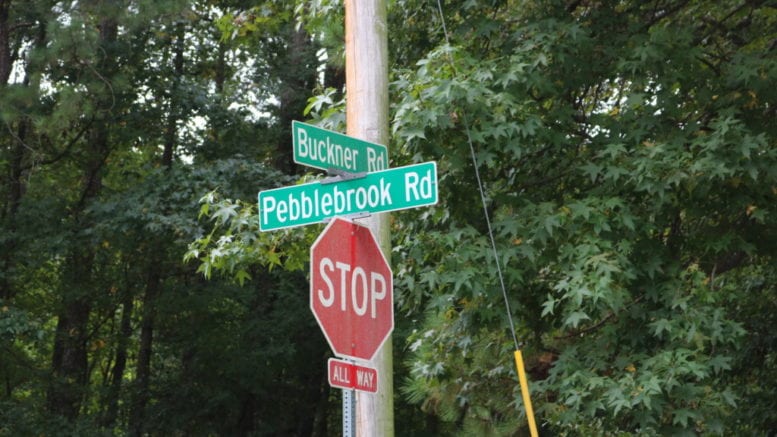 The Cobb County Board of Commissioners voted to offer no objection to Smyrna’s annexation of a 12.7 acre property at the intersection of Buckner and Pebblebrook roads. The item was part of the consent agenda at Tuesday morning’s meeting, and the consent agenda was passed on a 5-0 vote.

The annexation, and an application submitted to the City of Smyrna for rezoning to create a 43-home development have been the subject of opposition from neighbors along Buckner Road who created an online petition opposing the annexation and rezoning.

Jessica Guinn, the director of the Cobb County Community Development Agency was asked by the commissioners to explain the circumstances under which the county can legally challenge an annexation by a city within that county.

She said that ultimately, in order for the county to object, there has to be a financial burden to the county that results from annexation, an unincorporated island has to be created, or the density requested by the city has to be out of line with the county’s future land use plan.

District 4 Commissioner Lisa Cupid, who represents the area of the proposed annexation and rezoning, said, “To underscore that there was some consideration given toward this particular request … I was concerned that it fell outside of the 489 framework, that Smyrna was asking for (more) additional density than was allowed in the future land use map.”

“But in our House Bill 489 agreement there is a table that identifies which zoning categories can be permitted by the city when they have a request for annexation, and their density request did fall within that table that articulates Cobb County’s ongoing agreement with Smyrna,” Cupid said.

The City of Smyrna has a hearing on the rezoning scheduled for November 11, 2019 at their Planning & Zoning Board meeting.

Why new development in Smyrna is a good thing