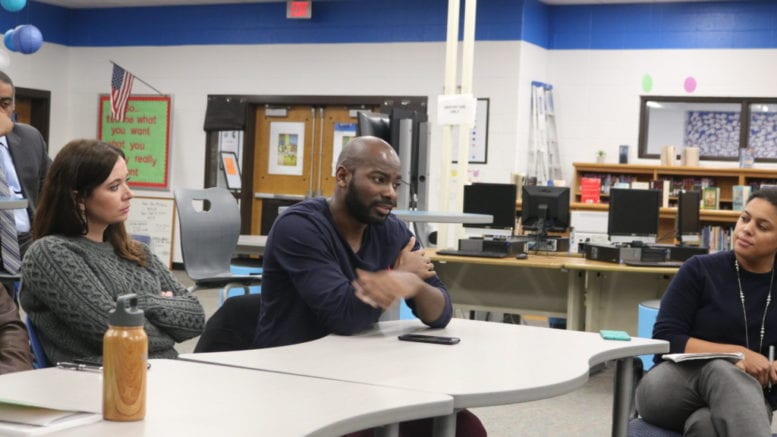 Former Cobb school counselor Jennifer Susko said that the fight against systemic racism in the Cobb County School District is far from over and further explained her decision to resign from her position in the district in an interview the Courier conducted with the her Tuesday.

On Monday, Susko informed CCSD Superintendent Chris Ragsdale and all seven school board members that she resigned as a protest against what she described as racism within Cobb schools.

She specifically pointed to the district banning Critical Race Theory and the school board’s unwillingness to take issues of systemic racism within the district seriously as reasons for her resignation.

In a phone call, Susko explained that the reason she went public about her resignation was not for personal attention, but to advocate for children of color who feel marginalized in Cobb schools.

“Fighting for racial justice for Black and brown kids … is my primary reason for doing anything,” Susko said. “If I could have it my way, I would still be working at my job … This attention does nothing for me. I only do what I do as a strategy to bring attention to children who are not being served the way that they should be served.”

The counselor also said that she has taught and spoken with kids through a CRT lens — a lens she says she has studied and used for years. The practice of racial and cultural sensitivity with children is key to her job.

But with the CCSD’s ban on CRT, Susko said the district is going against everything she has been taught as a counselor.

While Susko has organized against racism in CCSD, she said that she has been met with threats and intimidation from mostly white parents in CCSD and the district itself.

Some parents have accused her of child abuse and being racist toward white people.

This summer, as schools are out and Susko is therefore not on contract, Susko said the school she worked at sent her a disciplinary letter after a parent familiar with her anti-racist work complained.

The letter told her that if she continued to teach through a CRT lens, it would be considered insubordination — which she could be fired for.

“It became clear to me that I wasn’t going to be able to do the work that I had always done without being penalized for it,” Susko said. “But that presents a huge problem because counseling ethics mandates that I serve all students and that I use an anti-racist framework.”

Another threat to Susko’s job occurred in February, the time when employees receive their work contracts. Susko did not receive her contract.

She said that when a worker does not get a contract that means the principal of the school is withholding it because of performance issues.

Susko said she has a stellar performance record and asked the principal about the situation. The principal said there were no issues with Susko’s performance and proceeded to call human resources to question the withheld contract.

“[HR] said to them, and to me, ‘we don’t have to give you any information, we can hold it until June 1 and then let her know whether or not she’s terminated,’” Susko said. “I asked several different people at HR, what is the reason for this? They would not answer me. Everybody said it’s obviously retaliation for you speaking out … [HR] held [the contract] for two months. I got a lawyer through my education association to navigate that because I had just gotten nominated for counselor of the year … Ultimately, they released the contract.”

Susko also said that “very reliable sources” told her that she would be watched very closely in schools for talking about racism, identity and social-emotional learning.

She said that resigning was the only option she had left, seeing that she could eventually lose her job by teaching kids about racism.

“I said [to myself] I had two options,” Susko said. “The options were stay, and try to somehow secretly discuss the issues that my kids have or compromise and never talk about identity, diversity, equity, and inclusion, anti-racism — never talk about any of that. So sometimes in this battle for racial justice, it gets to a point where you can achieve the purpose better from outside.”

Susko has worked as a school counselor at Mableton Elementary School for six years and has worked in various Cobb schools for about a decade.

Susko also attended Cobb schools growing up and said that to leave the district she has been involved with for years was an extremely difficult decision.

She said her decision has been met with love and solidarity from community members as well as vitriol from those who oppose the anti-racist work she does.

During her time within Cobb schools, Susko has been an outspoken critic of the school board, which is dominated by a 4-3 white Republican majority, which blocked the ability of Black board members to get items on the agenda.

She said the board continuously ignores Black families and students who face racism in Cobb schools.

Susko is part of Stronger Together, a coalition of Cobb parents, educators and others within the school district.

Stronger Together advocates for equitable practices in Cobb schools and has organized events where Cobb students can speak about race and identity.

Susko along with other community advocates have routinely shown up to school board meetings to speak in support of marginalized students.

More recently, Susko has helped put on demonstrations in support of the Black members of the school board, against the ban of CRT and in support of Cobb educators who have died from COVID-19.

Susko said that she has worked with multitudes of children of color throughout her years as a school counselor. Those children often report of trauma stemming from the racism they have experienced at school, she said.

Susko said there was an instance where a teacher told a Black kid that they were not going to get a job when they were older and it was a good thing the child looked good in orange — because that is the color of prison uniforms.

The counselor also said there have been multiple occasions in which Latino students have told her that a white student told them to go back to their countries or return to selling drugs.

Susko said that with the CRT ban in place, counselors and other school employees would have to let these types of incidents go.

The counselor also wanted to clarify that the CRT she uses as a lens to inform her work is not at all what opponents say it is. [Correction: the original version of this article said “the CRT she teaches …” CRT is not something “taught” in elementary school, but a framework intended to analyze systemic racism]

“What they’re saying it means is that you tell white kids that they’re inherently racist and that you make Black kids feel like victims,” Susko said. “My heart breaks even saying that. I’m literally tearing up, that makes me feel so terrible. The last thing on Earth I would ever do is to make a Black kid feel like a victim. My work is about empowering all kids.”

Part of Susko’s work is to teach minority kids about the aspects of their history and inform them of ways to stand up to societal injustices, Susko said.

“But particularly, when we talk about race, [we talk about] Black kids who might not feel great about [themselves], making sure that they understand that Black is beautiful — it’s joyful, it’s resistance, it’s so many wonderful things,” Susko said. “And teaching them about what their ancestors did, and how they fought and danced and made things wonderful is empowering to them. Teaching all kids what to do when they see injustice and how to fight it is making sure that they know they’re not inherently anything — that they can fight, that they can make sure that they pursue justice and that they treat each other in a way that’s not harmful.”

When the Courier reached out to the CCSD for comment on Susko’s resignation, a district spokesperson wrote the following:

“The District can confirm a letter of resignation was received, this week, from this employee. As is the case with all contracted employees, HR is completing the formal process and she is expected to continue her job responsibilities until a highly qualified replacement can be hired. Cobb teachers are back in classrooms this week and we are focused on teaching and learning as students return on August 2nd.”

Susko said that if there was new leadership on the school board she would love to return to her job in Cobb.

As her time as a CCSD employee expires, Susko made it clear that she will not give up the fight against racism in Cobb schools anytime soon.

2 Comments on "After her resignation, Susko discusses intimidation and racism in Cobb schools with the Courier"