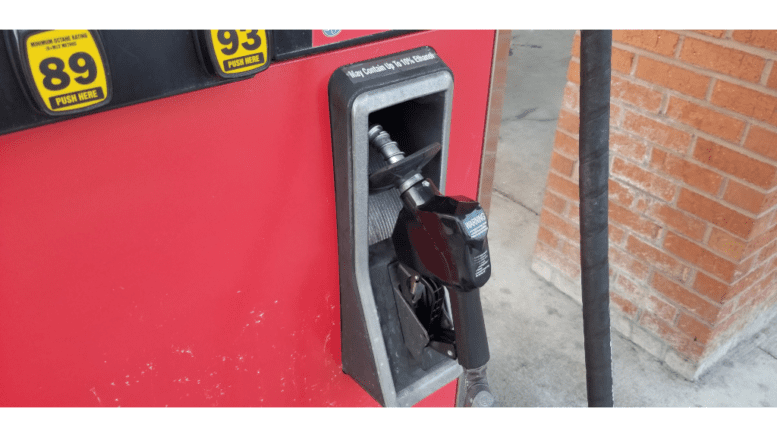 Georgia gasoline prices stayed about the same over the past week.

According to the weekly press release from Montrae Waiters the spokeswoman from AAA – The Auto Club Group, Georgia drivers are now paying an average of $2.96 per gallon, a one-cent decrease from last week’s average.

“Motorists saw some positive change at the pump on the week with 31 states gas price averages declining one to five cents,” said Waiters. “The national gas price average decreased as well. One factor contributing to the decline was U.S. gasoline demand remaining relatively flat on the week.”

The price of a gallon of regular unleaded in Cobb County is $2.996 at the time of this writing, about four cents more expensive than the statewide average.

According to AAA’s weekly report:

At this point, it is too early to say if cheaper pump prices will be sustained or continue their downward trend. Part of the unknown is due to fluctuating crude prices, which dropped to a low of $66 barrels last Monday, but were back over $70 barrels by the end of the week. Prices initially dropped following news from the Organization of the Petroleum Exporting Countries (OPEC) that they have reached a deal to increase production in August. However, that promise has been compromised by concerns about the rise in COVID case numbers and how that could negatively affect global demand.

At the close of Friday’s formal trading session, WTI increased by 16 cents to settle at $72.07. Although crude prices tumbled last week to $66 per barrel due to market concerns that the spread of the COVID-19 Delta variant will slow potential economic growth and demand, market concern about the ongoing pandemic reversed by the end of the week and pushed crude prices higher. Prices increased despite the Energy Information Administration reporting that total domestic crude inventories rose by 2.1 million barrels to 439.7 million barrels and plans by OPEC to increase production next month. For this week, crude prices could decline if market concerns about demand grow.