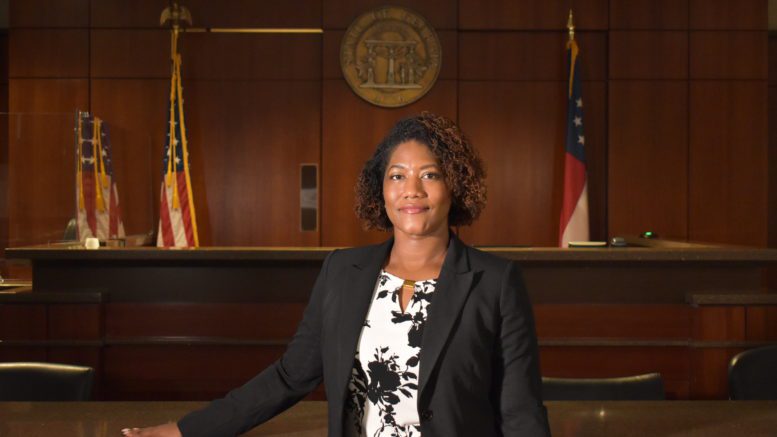 The accountability courts “aim to treat an offender’s underlying issues and return individuals to being productive members of society while reducing the cost of incarcerating generally non-violent offenders,” according to the press release announcing the appointments.

Judge C. LaTain Kell will leave his duties on the Intermediate Drug Treatment Court and will preside over the Veterans Accountability and Treatment Court.

“It has been my great joy to participate as the judge of the Intermediate Drug Court since its inception,” said Judge Kell. “We have seen many participants make amazing changes in their lives and I can imagine no greater experience than that as a judge.”

“Judge Childs is both a good judge and a good person. She is the perfect judge to take over the direction of this court. I am now fortunate to begin work with the Veteran’s Accountability and Treatment Court,” Kell said. “That program has a solid foundation established by former Judge Reuben Green. I look forward to continuing the great work of that court working with veterans to improve their lives.”

Porsha Middlebrook has filled the post of coordinator of both tracks of the Drug Treatment Court since May.

According to the press release announcing the appointment:

With a bachelor’s degree in psychology and master’s degree in family and consumer science, Ms. Middlebrook has devoted her career to facilitating re-entry for offenders and reducing recidivism. Her experience includes over a decade as an inmate employment counselor for the Sheriff’s Office Work Release Program, as well as a pretrial intervention counselor with the Department of Corrections.

About the Accountability Courts