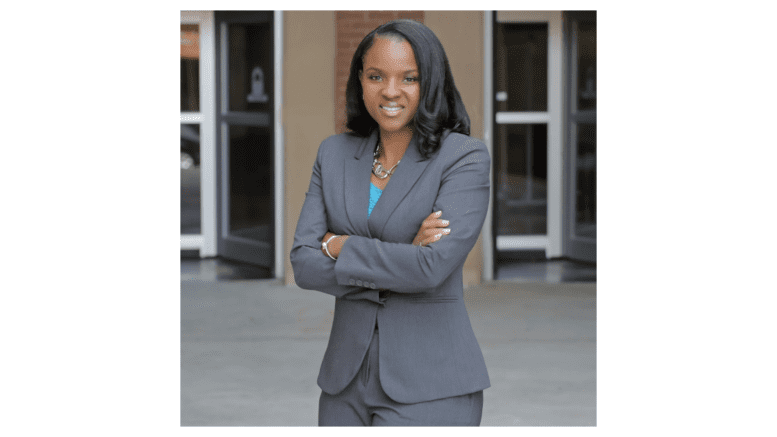 Taneesha Marshall, who served as a staff attorney for Superior Court Judge Robert Flournoy III announced her candidacy for the open Superior Court seat in 2022.

Judge Flournoy is retiring, and the primary and nonpartisan election is scheduled for May 24, 2022.

Marshall issued the following press release to kick off her candidacy:

On August 17, Taneesha Marshall announced she will run for Superior Court Judge in Cobb County. With 20 years of government-level legal expertise, Taneesha is ready to bring her measured and decisive experience to the courtroom.

Taneesha says, “Judges should be decisive when needed, but courtesy and compassion do not have to be sacrificed in the process. Accountability is critical to any judicial system. I am prepared to make difficult, but fair decisions that can be supported with law and reason.”

With significant litigation experience as well as management, education, and community participation, Taneesha brings a well-rounded background to the bench. Taneesha’s three sons and husband also share deep ties to the Cobb County community and are excited to assist her campaign for Judge.

Last week Taneesha held her first official event at Moore Ingram Johnson & Steele, LLP, hosted by prominent local law firms and attended by several friends, family, and supporters. Taneesha was introduced by Robert Ingram (of Moore Ingram Johnson & Steele), and spoke briefly on her vision as a Superior Court Judge, including addressing case backlog, general education, and her commitment to staying actively involved in the community.

In the next few months, Taneesha will be building up her campaign infrastructure and reaching out to various community organizations of all types, from each side of the aisle, to build a campaign that benefits all.

Taneesha Marshall is a candidate for Superior Court Judge in Cobb County, Georgia. Taneesha has 20 years’ experience in government-level legal affairs and has worked in the Cobb County Superior Court as a Staff Attorney for Judge Robert E. Flournoy, III. Between decades of professional experience and numerous degrees, certifications, and recognitions, Taneesha will bring a wise and balanced vision to the bench.