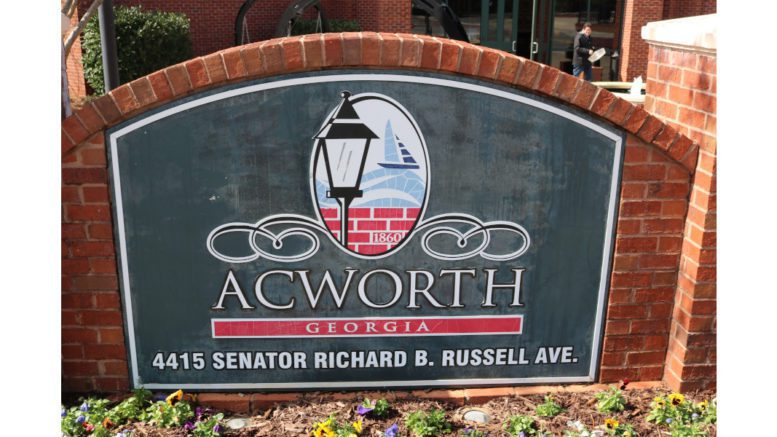 At Thursday’s regular Acworth Board of Aldermen meeting, the city heard a presentation in honor of Black History Month as well as approving the construction of a medical office and a new police chief.

Members of the Acworth Achievers, a local youth mentoring group, read poems and displayed art created by themselves or others to mark Black History Month.

One Acworth Achiever displayed an artboard she made showcasing what she said was the beauty of Black women while another read from the poem “A Psalm for Emmett Till” by Renee Watson.

It questions what Till was like and may have done in his life had white supremacists not killed him in the 1950s.

“But what I don’t know is your favorite color or your favorite bubble gum flavor,” a student read. “I don’t know if you liked winter days, if you ever left the imprint of your body in the snow to make an angel. And I want to know the song that you couldn’t stop listening to, singing it in your head, over and over. What was the song?”

The poem ends with naming off a number of Black people who were killed by police or racist violence.

Thursday night was also when the Board unanimously approved a request by developer Manish Paryani for a conceptual site plan that will be a medical office.

The office will be around 15,000 sq. ft. and located at 3224 Odeon Way, which is currently zoned C-2, community retail commercial.

“It’s hopefully going to house either an urgent care or outpatient surgery center or dentist practice, some type of stuff that I think the city really needs,” Paryani said. “There’s a daycare right there, so hopefully something that kids can go to.”

The developer said there are currently no tenants for the office yet but they have now been approved for the initial $3 million for the building, with a near-future plan to put about $2 million more into the development.

“It’s a very long process,” Paryani said. “We are now approved to start doing drawings and permitting so that process will take probably three, four months … and then the construction will likely be finished mid-2023.”

Next year is also when current Acworth Chief of Police Wayne Dennard plans to retire.

The city released a statement last week saying that after about a decade as chief, Dennard will retire in April 2023.

The agreement comes into effect on September 5 this year.

Until Evans completes all state mandates and is sworn in, Dennard will remain chief. After that, Dennard will take on a public safety advisory role to oversee the transition of power until he officially retires.

“It has been an honor to be your chief of police and it will continue to be my honor to serve in this capacity until Jesse is ready to take that over and step in and do a job far beyond anything that I could have ever put forward,” Dennard said.

Dennard said he is proud of the work he and his team have done and is thrilled to see what Evans will do as chief.

“Let me make it clear that I wholeheartedly endorse [Evans] for this position and he will do a fantastic job,” Dennard said. “I’m just really excited to have Jesse as our next chief of police.”

Evans’ family and law enforcement partners sat in the room as the future police chief made a few comments about his new role.

During his time working for the Cobb DA’s office, he acted as the lead prosecutor of the Ahmaud Arbery case before he resigned. He has also worked on other high-profile cases.

He thanked the city and Dennard, saying he hopes to build upon what Dennard has achieved.

Evans gestured toward Alderman Butch Price during one of his last statements. Price seconded the motion to approve Evans’ employment agreement.

“I also find it rewarding to know that my elementary school principal was one to second this motion, so full circle, so to speak,” Evans said.