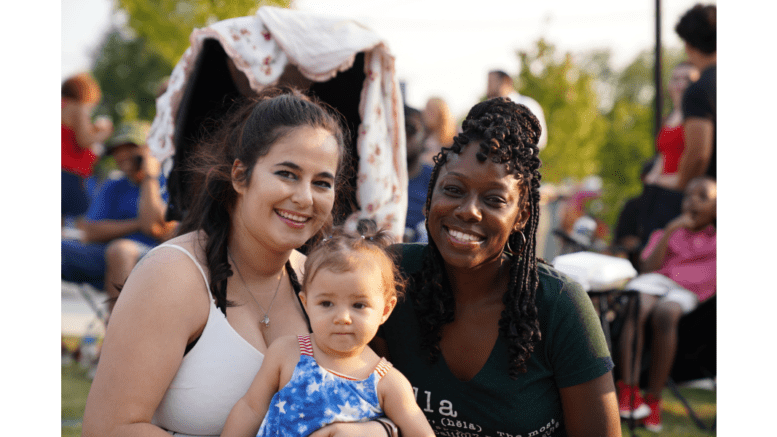 The following press release was distributed by the City of Powder Springs and the Powder Springs Business Group, announcing the return of the annual SpringsFest:

Festivities begin at 1 p.m. and conclude at 9 p.m., with live on-stage performances on the Hardy Family Automotive Amphitheater stage organized by Nu Star Maker Performing Arts & Talent Management. Other activities include face painting, bouncy houses, game trucks and more. This highly anticipated festival is being put on by the City of Powder Springs in partnership with Powder Springs Business Group.

Entertainers lined up so far for the event include The Grey Street Band, known for performing hits spanning from the 60’s to modern day; Something For The Soul, a band that performs favorites from pop, rock, old school and new school R&B; and Moksha Rao, an Atlanta-based cultural dancer whose unique performance style showcases intricate footwork, spectacular speed, flexibility, and a blend of her classical roots with fusion elements. Serving as mistress of ceremonies and comedic entertainer is LaQuitcha Lanay Walker, also known as “Lady Q,” who has hosted several award shows throughout Atlanta and the 2014 and 2018 PrayzeFactor People’s Choice Award winner for Best Christian Comedian.

No outside food & drinks or coolers will be allowed, and attendees are encouraged to purchase from the local businesses at the event. No pets are allowed, but service animals are welcomed.

“SpringsFest is an annual event since 2017. It’s been a hit each year, and it’s grown each year since its inception. It’s gotten bigger and better, and the citizens absolutely love it. They look forward to this community festival with entertainment, various food options and vendors selling their products,” said Henry Lust, Mayor Pro-Tem for the City of Powder Springs. “The event this year will be on June 18, 2022, as part of the Juneteenth Weekend, the theme being ‘Community Unity in the Springs.’”

Managed by Ricketts Rhodes Events, SpringsFest will ensure an exciting Father’s Day weekend for residents of Powder Springs and surrounding communities, including Austell, Mableton, Hiram and Marietta. All are invited to enjoy the weekend festivities.

A portion of proceeds for SpringsFest benefits Reflections of Trinity, while 100 percent of all raffle proceeds will be evenly split between Kiwanis of Greater South Cobb and the Powder Springs Community Task Force.

Taste of Marietta returns October 24 for the 27th year