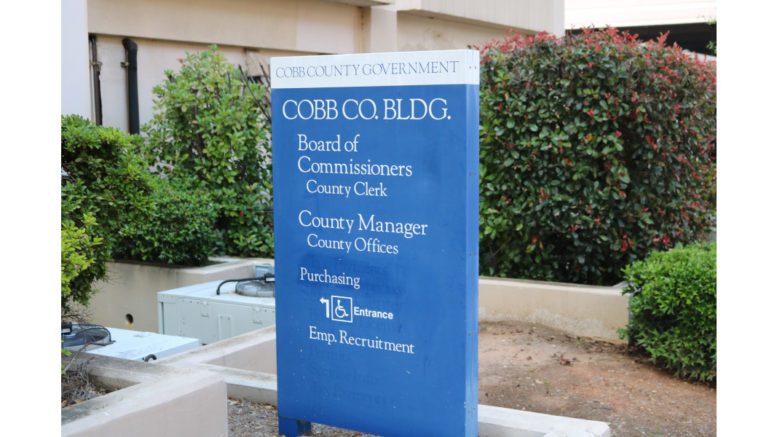 A multi-family 5-story 240-unit apartment complex will be built in what is commonly called “apartment city”, a packed concrete jungle not far from residential homes in District 3.

Reality is quite different than the vision originally promoted to the community by developers and the County.  In 2007, the homes in the Hidden Forest neighborhood on Big Shanty Road, were demolished with the promise of a diverse Planned Village Community (PVC): condominiums, townhouses, senior living units, a church, greenspace consisting of an outdoor amphitheater, and retail/office space.

It was to be a utopian Live/Work/Play community. This didn’t happen. Instead, the area became “Developer Driven” and has turned into just a “Live” area with multiple Purpose-Built Student Housing (PBSH) and apartment complexes that have nearly reached the allowable maximum of 1600 residential units on 50 acres.

This new rezoning request, OB-41, to build yet another apartment complex on the last piece of land at Town Village (formerly Hidden Forest) was heard by the Commissioners on October 18. Representing the interests of people in the area, the Bells Ferry Civic Association (BFCA) spoke in opposition, declaring that Town Village has become “rental city” with a higher-than-average crime rate.

There are already 11 private apartment complexes serving college students in the area. In addition, three other multifamily rental developments have recently been approved nearby totaling 937 units, and another at Town Park, (Z-52), also heard on 10/18, was approved for 250 apartment units. According to apartments.com , there are over 400 vacant apartment units in the Town Center Area. The market is being saturated with apartment complexes!

The question is: Why are the Commissioners approving so many high-density developments in District 3 that require more taxpayer resources, yet the county does not have the required roads, police, fire, and public services to support them?

Another public concern the BFCA raised is flooding of residents’ properties. Over the years, there has been a substantial increase of impervious development (concrete/asphalt/parking lots) along Noonday Creek which has caused nearby residents’ flood insurance rates to increase substantially. Cobb County Stormwater Dept in their analysis stated that the proposed apartment property contains wetlands, a FEMA designed Zone “A” flood hazard, and will disturb stream buffers. The BFCA pointed out that a portion of the proposed building would be located in the FEMA flood hazard zone, yet this concern, among others, was ignored by the Board of Commissioners.

The entire Town Center area has declined.  Town Center mall is in foreclosure. The Regal cinema adjacent to the mall closed and is an eye-sore, and soon another huge apartment complex will be built in its place.

Next to this cinema and Noonday Trail there was a pond with a unique ecosystem which the Town Center Community Improvement District (TCCID) Alliance had wanted to convert into a recreational park. This natural park would have helped revitalize the mall and improved the area.

Instead, the pond was drained to be used as an overflow detention area for developers and their commercial buildings along the creek. In addition, less than a ¼ mile due east of this proposed development on the corner of Big Shanty and Chastain Meadows, a wholesale distribution warehouse is poised to be built.

As a 24/7 operation with its own fleet of commercial vans, and semi-trucks, this colossal industrial warehouse, will be just ¼ mile from private homes to the east and north.  As submitted, over 50 semi-truck storage trailers will be parked against Big Shanty Road.  The property will be clear-cut of established trees and then paved, greatly increasing I-575 highway noise, visibility, and air pollution to surrounding neighbors.  The County is not requiring the facility to erect sound barriers along I-575, exacerbating all of these issues.  Surrounded by an 8 ft chain link fence with barbed wire, the warehouse will look like a penitentiary.

The BFCA was very disappointed that all of their concerns were ignored, yet the developer was given the authority to decide the number of units that they would build. A proposed vibrant “Planned Village Community” became instead “rental city” that was sold off to the highest bidder who wanted the highest density in order to maximize profits. Town Village was built for the developers, not for the residents of Cobb County.

The North Cobb area is suffering an influx of apartment complexes and a move towards industrial and businesses.  Residents are alarmed that we are devolving from neighborhoods to an area controlled by commercial developers and the politicians who appear to prefer them.