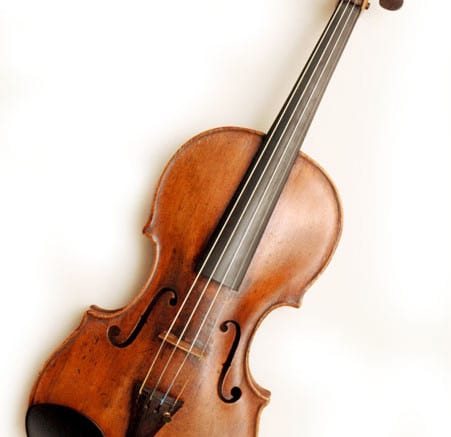 Blue grass music with a whole lot of punk rock fun, best seen at a live show, is how I’d describe this year’s headliner for Parktoberfest. Whiskey Shivers is a bluegrass band from Austin Texas. But they’re not like many of the other bluegrass bands that have started popping up over the last few years. What sets Whiskey Shivers apart from other bands is what Bobby Fitzgerald, the band’s lead singer and fiddler calls their style: “trash grass.”

You can hear this style in their music, marked with fast instrumental work and a nice punk attitude. But they are still able to hold on to the sound that makes blue grass what it is. After a few days of listening to the group’s music I knew I had to get an interview with them.

I interviewed Bobby by phone, and we talked about the band’s beginning.

He said “I learned to play when I was around 10 or so back in upstate New York. A neighbor of mine was a retired dairy farmer and we would go over to his kitchen and jam once a week.”

He met the other guys in the band when he moved to Austin, Texas, in 2009.

“I think I’m the only one that actually started playing bluegrass or country music. The rest of the guys all started out playing more like punk rock and garage band kind of stuff. Really I think a lot of the sound came from us having bluegrass instrumentation and liking the music a lot, but not knowing necessarily just how to play it correctly.”

When I mentioned to Bobby that at their live shows everyone dances and has fun while the band is jamming and playing their songs, he said “That’s what exactly what we’re going for. It’s all about friendship you know. The goal at every show is that we (the band) are all on the same page, and that all are contributing to everybody having a good night.”

I had to agree with Bobby. Every live show video I watched looked like a good time. They are a group to keep your eyes on and I’d highly recommend that you come to watch them perform at Parktoberfest.