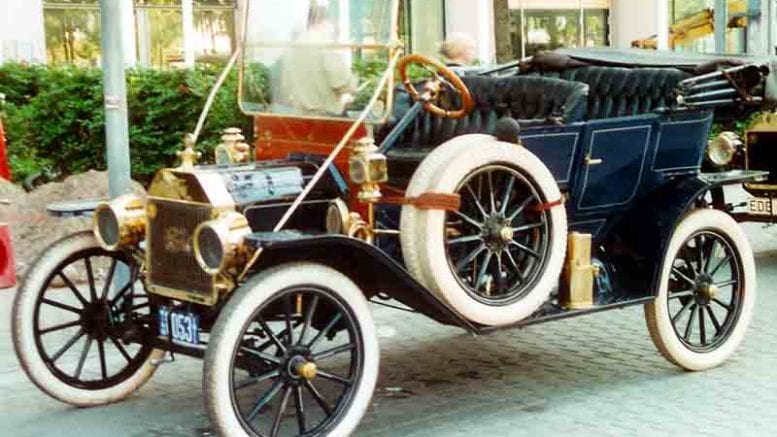 I read through historic newspapers regularly, with an emphasis on articles from the River Edges target area of west Atlanta and South Cobb.  I stumbled across this mysterious little blurb from the Atlanta Georgian and News, June 30, 1911.  There was no headline, and this is the complete text of the article, with capitalization and punctuation preserved as it was in the original article:

This is an intriguing little article for a number of reasons.

The first thing of interest is the mention of Bellwood Avenue.  Bellwood Avenue is an earlier name for Bankhead Highway, which has been renamed a number of times.  It is now Donald Hollowell Parkway on the City of Atlanta side, and Veteran’s Memorial Highway in Cobb County.  So the bridge over the Chattahoochee was at the location of the current crossing of US 78/278 in south Cobb.  It makes sense, since her route took her through Mableton and Austell.

Second, in 1911 there wasn’t a very well developed road system in the Atlanta area, so navigating from downtown Atlanta to Lithia Springs, particularly in record time, was a newsworthy event, particularly since the trip was undertaken by a “lady driver.”

The third interesting thing is the mention of the Sweetwater Park Hotel.  An ad from 1911, also in the Atlanta Georgian and News, says “You could not pick out a more charming place to spend the summer than Sweetwater Park Hotel, at Lithia Springs, Ga.”  The ad further promised that Bowden Lithia Springs water, available both in the springs and bottled at the hotel, had

I had to look up the medical condition “gravel”.  It  is a concentration of particles (usually uric acid, calcium oxalate, or phosphates) passing through the urinary tract. It sounds painful.

Digging a little further into the history of the hotel, I found a lengthy Atlanta Constitution article from April 12, 1887, entitled “As if by Magic, a Wonderful Resort Near Atlanta”. The article announced the opening of the hotel, and described the curative powers of the water.

It’s interesting what you can discover with a one-paragraph article in a 105-year-old newspaper as your starting point.

We Thrive in Riverside hosts National Night Out