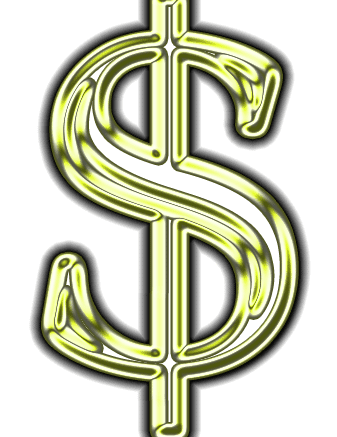 images released into the public domain by the creator, via https://commons.wikimedia.org/wiki/File:Dollar_sign_(reflective_metallic).png

The district includes some of the wealthiest portions of Atlanta, including parts of Marietta, Smyrna, Vinings, Buckhead and Sandy Springs (a district map is available at this link), a fact reflected in the impressive contribution totals for the candidates.

Candidates are required to disclose who contributed to their campaign and in what amount, along with how they’ve spent the money, 15 days before the Nov. 7 election. As of this writing, all but one — Republican Leo Smith — had submitted their form. The candidates have participated in two forums and littered the district with mail and in an effort to make their case to voters, and how have less than a week before the big day.

There was a vast discrepancy between candidates with the top fundraisers reporting more than $300,000 in cash, while one candidate barely cracked $2,000. Below are notes from each campaign, ranked in order of total cash raised.

Dr Jaha Howard: The pediatric dentist reported $317,897.62 in total contributions to date, much of which came in during his unsuccessful 2016 run for the same seat. Howard reported $62,695.75 remaining on hand as of the filing, which can be used during the rest of the campaign. The Democrat was one of several candidates to report more than 100 donors, mostly in amounts of $300 or less and many from dentists and other medical professionals.

Larger donors included The Barnes Law Group ($2,000) and West Paces Ferry Orthodontics ($4,000). His expenses include more than $1,000 in Facebook ads and $3,500 in consulting fees to Atlanta-based web designer Austin Gates.

Aldridge’s largest donation — $50,000 — came from her husband John Aldridge, meaning about two-thirds of her campaign war chest is self-funded. Most of the other contributions were in amounts of $3,000 or less, including $2,500 from Executive Parking Systems, $1,000 from the Georgia Alliance of Community Hospitals, $1,000 from Northside Hospital CEO Robert Quattrocchi and $2,600 from Jackson Healthcare CEO Rick Jackson. Aldridge received several dozen individual contributions toward her campaign.

Jen Jordan: The attorney and Democrat reported $234,650 in total contributions. Jordan counted more than 100 individual contributions, some of the largest being $2,600 from Bey & Associates attorney John Bey, $2,500 from Civil Justice PAC and $2,600 from Penn Law attorney Darren Penn.

Charlie Fiveash: The Republican and Lavista Associates senior director reported a total of $151,925 in contributions, including a $30,000 loan from himself. Among more than 100 individual contributions was $2,600 from Kauffman Tire owner Mark Kauffman, $2,600 from CBRE Vice Chairman Samuel Holmes, $1,000 from Novare Group President James Borders and $2,600 from Chick-fil-A Vice President of Innovation and New Ventures William Faulk.

A large part of Fiveash’s expenditures have been on mailers, including $29,559 paid to Salt Lake City-based Arena Communications for campaign mailer design, postage and printing. Fiveash also paid the same company $13,000 for digital advertising, and paid $12,500 to Boise, Idaho-based GS Strategy Group for campaign polling.

Bentley’s largest expense by far was $40,378.31 to Atlanta-based Five Points Consulting, along with expenses for a website, business cards and campaign signs. As of the filing, Bentley reported $34,399.44 left on hand for the rest of his bid.

Taos Wynn: The 31-year-old marketing consultant reported a total of $2,157.82 worth of contributions. Contributors to the Democrat’s campaign included Northside Hospital doctor Raymond Allen ($500) and McCarthy Inc. consultant Tiffany Wynn ($250). His expenditures included $750 for signage and yard signs paid to Screen Flex, and $450 to MoHarSan Clothing for campaign t-shirts.

Leo Smith: Smith is a business consultant and former Georgia Republican Party Minority Outreach Coordinator. As of this writing, he had not submitted the required campaign finance form. Attempts to reach Smith for comment were not immediately successful.

[Correction: an earlier version of this article stated that Howard had paid consulting fees to consultant Tharon Johnson. The payments were to Theron Johnson, another political consultant.  We regret the error]