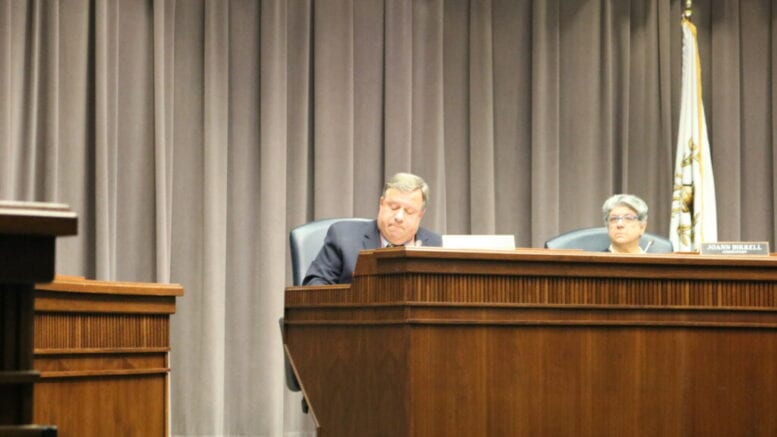 This evening Cobb County District 2 Commissioner Bob Ott distributed the following text of his announcement, made at this morning’s BOC meeting that he would not seek reelection to the BOC:

It’s hard to believe this is the 12th year I have had the honor and privilege to serve the people of District Two.  As I reflect on those years during the holidays, I am so thankful for all of the people who help me every day.

None of this would be possible without the support of my best friend; my wife Judy. She along with Katie and Chris continue to accept the late nights and weekend phone calls that come with this job.

I also need to recognize all the volunteers and appointees who have accepted appointments to the numerous commissions and boards. Without them, Kim and I wouldn’t be able to serve the citizens of District Two.

Many of them are now the chairs of their respective groups.  Together, we were able to accomplish so much for our citizens. The challenges started early, and the group showed it was ready and willing to jump right in.

In 2009, we had the great flood. Less than nine months after starting as the commissioner, the county experienced what the experts say was a 750-year flood event. Parts of the district were under over 20-feet of water. The Chattahoochee River crested at 29-feet above flood stage. The citizens of the district, especially those along Columns Drive and in Vinings needed help. County staff literally came to their rescue.

There couldn’t have been a worse time, as the county was feeling the effect of the Great Recession. Budget numbers went south, the county instituted furloughs, much to my disappointment. To many county employees it was a wake-up call that even Cobb County wasn’t immune to the devastating impact of the recession. But out of all the down times, we got the commissioners to agree to the creation of a Citizens’ Oversight Committee. They were tasked to look at all aspects of the county operations and recommend where things could be done a better way. Thank you to all the members of that committee.

Although it took some time for all the proposals to work their way into the system, eventually, the county started to pull out of the recession. Along with the recovery, there was a new SPLOST proposal, that for the first time was not the usual six years of questionable spending. With the help of Commissioner Powell, we cut the SPLOST to a four-year list of projects saving over $200 million.

The Braves will begin their fourth season at the new ballpark, soon to be renamed, Truist. As the new season begins, ThyssenKrupp’s new tower is beginning to rise, and the final phase of The Battery is nearing completion.

So, today, I am officially announcing that I will not be running for re-election in November and will be retiring from the commission at the end of the year. I want to thank all of the citizens of District Two for allowing me the honor and the  privilege of serving as your commissioner.