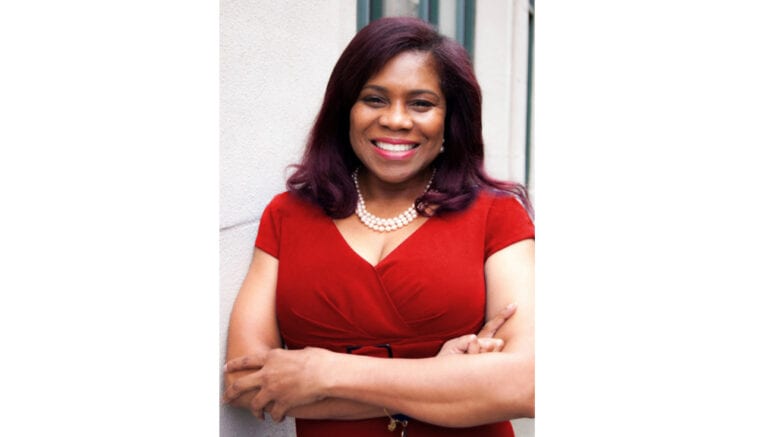 Angelia Pressley is running in the Democratic primary for the District 4 Cobb County Board of Commissioners seat. The seat is being vacated by incumbent Commissioner Lisa Cupid, who is running for chair of the BOC.

The Courier had a phone conversation with Pressley, and began by asking her to describe her background.

“I grew up the oldest of five, and I actually had co-parenting duties along with my parents,” she said. “So I was responsible for household responsibilities as well as discipline.”

“And so I grew up with this strong sense of responsibility, being a latchkey kid while my parents were working,” she said.

She earned her bachelor’s degree at Flagler University.

“I have a (master’s) degree in Strategic Public Relations from the George Washington University School of Political Management,” she said.

“By age 19, I already knew that I wanted to own a business and run a business,” she said. “And so everything that I did from that point led to that.”

She said her business activities at her firm, AP Advertising & PR Worldwide, include crisis management, community engagement and media relations.

“One of the other things that I’m doing right now is I’m an adjunct professor at Clark Atlanta University,” she said. “And the reason I’m doing that is because I’d always been enamored with the corporate world, but I had always planned and vowed to give back.”

“So this is the time that I had set aside to do that, and I am happy to have met my goal in being able to mentor the next generation,” she said.

The Courier asked Pressley why she decided to run for the District 4 BOC seat.

“I’m running for it because I can see so much potential for our community,” she said.

“I’m invested here, having been here since 2007. I’m connected to a lot of the people here, and a lot of the organizations here: civic and nonprofit,” she said. “I see the potential, and I have the passion.”

“I want to be a conduit for ideas,” she said.

She said she wants to see renewable energy becoming a strong part of the district’s economy.

“I’d like us to help our economy rebound with renewable energy,” she said. “It’s the wave of the future, has a lot of potential, and can bring many jobs to the area.”

“It can be a huge economic boost, get us the workforce development training we need, with a center in the area, and also help stabilize our families so they can be better prepared for their children’s education,” Pressley said.

The Courier asked Pressley what differentiates her from the other candidates in the crowded District 4 field.

“Yeah, it is a very crowded race,” she said. “But I have a combination of all of those things that are needed for this seat.”

“I have the business background, and I have the experience,” she said, “having worked in my own business for so many years.”

“But I’m also connected with so many people here, and I’ve been working in the community,” said Pressley.

“I didn’t just come here to start working,” she said. “I’ve been here all along.”

“We want the opportunity here in the district,” she said. “With all of my relationships with Community Development, with the Cobb Chamber of Commerce, with the Austell Community Task Force, the South Cobb Redevelopment Authority, the Kiwanis Club of Greater South Cobb … all of those relationships, and …with people and friends in the community in general. I have that.”

“That’s what I believe is a perfect combination,” she said.

Land use and zoning take up a lot of the Cobb BOC’s time. The Courier asked Pressley if she has an approach or philosophy on zoning issues.

“We have to, by law, look at the comprehensive plan once a year,” she said. “And so the land use map, and zoning in particular, are tools.”

“What we get to do that time of year is work with the Atlanta Regional Commission, who gives us all the data on what’s going to happen to (the) population boom, employment numbers, all of those things take into consideration the needs of the community.”

“In particular, some of our needs now are workforce development centers. We have a lot of undeveloped land, we have a great opportunity to be an environmentally friendly area, which is why I mentioned the renewable energy in that assemblage.”

“If we can use part of … the Magnolia property for that renewable energy assemblage that can create those jobs, that would be a good use of the land, as well as zoning to help us get the right type of construction to make that happen,” she said.

“We have to be able to recruit those businesses and those amenities that we need,” she said.

Pressley said that step-and-grade pay is probably the best option to maintain the morale of public safety officers.

She said that public safety can’t be compromised, “particularly when we’re building our economy and want to have the things in our economy like outdoor and nature based tourism.”

“All of our residents want to feel like they’re being considered and they’re safe in their home. All of us. All of us want that,” she said.

As for officer retention, she said pay was just one part of the solution.

“We have to start to be creative. If we can’t give you all the money you need now, what kind of housing can we incentivize for you to be in the area and to stay in the area?” she asked. “How do we get you to ownership as a public safety person, so that you are invested in the community and you want to stay here to protect your neighbors?”

The Courier asked Pressley her views on the controversial Sterigenics facility.

The Sterigenics plant, which sterilizes medical equipment with the use of the carcinogen ethylene oxide, became a focus of community concern in Smyrna and surrounding areas after an article jointly published by Georgia Health News and WebMD reported that three census tracts, two in the Smyrna area and one in Covington, had unacceptable levels of cancer risk by EPA standards, due to elevated amounts of ethylene oxide in the air.

Pressley said, “I believe (it) is really very unfortunate that Sterigenics has come to this point that they were unwilling to work with the public to remedy their issues on emissions.”

“And at this point, I can understand why there’s so much distrust, because there’s been so much lack of transparency … so many untruths told about it. Even at this point, there’s no strategy and plan,” she said.

“At no particular time should we ever sacrifice public health for the sake of profit,” she said. “We always have to keep public health first and foremost in all situations, you know, across the board

The Courier asked Pressley if she had any final thoughts she’d like to tell voters in District 4.

“My platform mostly is based on making sure we have a healthy economy and making sure that we have the investment in South Cobb that we need,” she said.

Pressley said her priority is recruiting businesses to the area that are renewable and environmentally friendly.

She also proposed a rebranding campaign for South Cobb, along with a portal so that businesses who want to move into the area know what the expectations are, so that developers who share the community’s vision are attracted to the area.

“And hopefully it’ll be a detractor for those who don’t,” she said.

“I’m committed once I start something,” she said. “It’s not a matter of it not being done. It’s how do we get it done?”

“Nothing’s impossible to achieve in our area,” she said. “Whatever it takes to get it done … we follow through and make it happen.”

For more information on Angelia Pressley, visit her campaign website at http://www.pressleyforcobbdistrict4.com/

The General Primary and Nonpartisan Election is scheduled for May 19, but given the COVID-19 pandemic you should check the Cobb County election calendar periodically to see if the date has been changed.