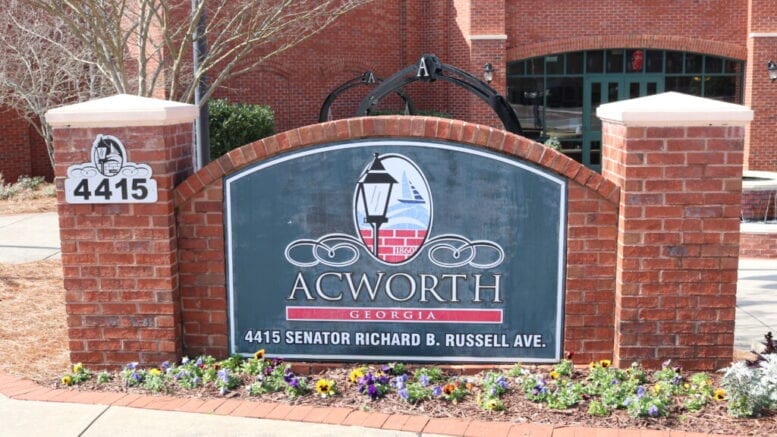 Acworth’s City Council and Board of Aldermen voted Thursday evening to approve the rezoning and annexation of properties to build a housing development.

The proposal by Marietta-based developer Joey Hipps, was to rezone and annex properties on Baker Road and White Lake Drive.

The property on Baker Road will become a townhouse and cottage development. White Lake Drive properties will remain detached and for single families.

Approval of rezoning the property was not unanimous, with members Tim Richardson and Butch Price voting in opposition.

All five members voted to approve the annexation.

Thursday’s board meeting was nearly packed, with residents appearing in a socially-distanced setting to publicly comment on the proposal prior to the vote.

Many in the audience disliked Hipp’s proposal and expressed their concerns to the board, the main concern being the new development would worsen traffic along the road.

Before the public comment portion, Mayor Tommy Allegood announced that just that afternoon the board received a message saying Hipp proposed reducing the number of townhomes from 199 to 184.

One Acworth resident, Rick Williams, asked the board why Hipp decided to change the number of townhome units at the last second.

“I’m not sure that we can have four … gentlemanly discussions about a proposal and then at the last minute have it changed on us,” Williams said. “I don’t think that’s fair … I think we should go back to whatever it is the proposal was to begin with and stick with that.”

Williams said he did not think the last-minute announcement was fair to those who oppose the development.

Robert Hart, president of a local Homeowners’ Association, said he has spoken to community members and called the proposal a “logistical nightmare.”

Hart said the board should consider more than just additional tax revenue for the city. After Hart spoke, the audience applauded him.

During the discussion portion of the meeting, Hipps defended the development, saying he was excited about it and that it will enhance the city.

Richardson expressed concern about the density of the townhomes to Hipps, saying the proposed townhomes would be at a higher density than the nearest homes to the new development.

Richardson then asked if Hipps could further reduce the townhome units to 114.

Hipps said he had already reduced the townhome units four different times and said he was unsure if the project could go forward if reduced further.

“We look at it from a market perspective,” Hipps said. “Anytime we reduce units it’s just going to add costs per unit.”

Richardson said that while he appreciated the concessions Hipps made, without a further reduction in density he felt uncomfortable supporting the proposal.

Board member Brett North, in response to a comment from the audience, said tax revenue was not a consideration in the board’s decision on the proposal. He also said the proposal was not something the board took lightly.

Board member Tim Houston said he had reservations in supporting the proposal but also pointed to concessions made by the developer.

After board comments, the board voted 3-2 to approve the rezoning and 5-0 to annex them for the new development.

When Richardson began giving his biweekly update on public safety immediately after the vote, the majority of the audience walked out of the room, mid-speech.

At the end of the meeting, Allegood said that over the past 20 years Acworth has rezoned close to 1,000 acres of property to bring property into the community.

He said that the board makes decisions with the “quality of life” of residents in mind and that the new development is part of the 20-year journey the city has been on together.

“Mr. Hipps, we look forward to joining with you and promise to be a good partner,” Allegood said. “ … we will be there as not only a partner that has oversight but a partner that will help you bring quality of life to our community.”

4 Comments on "At tense meeting, Acworth board approves rezoning, annexation of property for development"