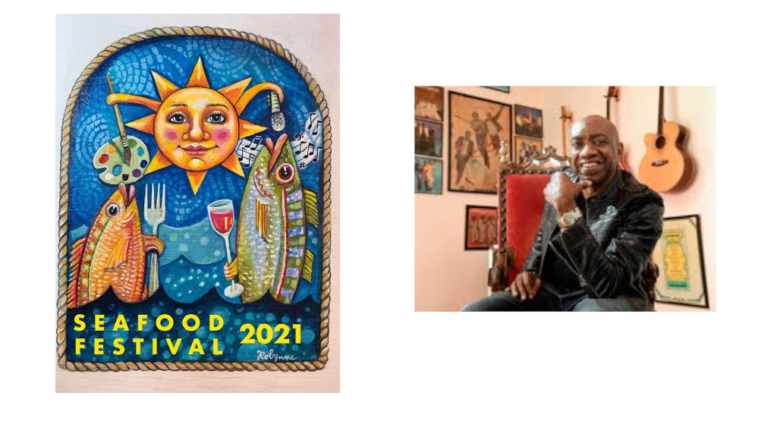 The City of Powder Springs is holding a festival May 14-16 that will feature music by Otis Redding III, the son of the legendary singer, and Sonny Emory, who is the former drummer for Earth , Wind & Fire.

The free festival has a salt-water sea theme, including fresh seafood, and is entitled “Bringing the Sea to the Springs.”

Further details of the festival are in the press release reprinted below:

Why leave dry land when downtown Powder Springs will be THE destination May 14-16 for fresh seafood along with live music and arts & crafts for sale from talented artisans? All this and more will be offered at the inaugural “Bringing the Sea to the Springs” festival.

Presented by the City of Powder Springs and Robin Roberts Promotions, the free festival will be centered around Thurman Springs Park, home of the Hardy Family Automotive Amphitheater, at 4485 Pineview Drive in the heart of Powder Springs’ downtown. Parking, in addition to attendance, is also free, with the festival running from 3 to 9 p.m. Friday, 10 a.m. to 9 p.m. Saturday, and noon to 5 p.m. Sunday.

A ribbon-cutting ceremony featuring Mayor Al Thurman — for whom the park was named — the Powder Springs City Council and other officials, will be held at 5 p.m. Friday. It will be followed with a butterfly release to officially open the festival.

Friday night’s headlining performer is Otis Redding III, son of legendary soul singer Otis Redding. The younger Redding has toured and performed across the United States and Europe during the course of his musical career. The accomplished and recognized artist in his own right has also been writing and arranging music since the early 1980s.

A silent auction running throughout the weekend will benefit the Powder Spring Youth Group, with proceeds funding its annual summer camp aimed at providing educational and recreational experiences for youth at an affordable price.

Playing both Friday and Saturday prior to the headlining acts will be The Gold Standard Band, a cover band playing hits from the likes of The Tams, The Swingin’ Medallions, Wilson Pickett, James Brown, The Temptations, The Four Tops, Al Green, Sam & Dave, Otis Redding, Van Morrison, Sam Cooke, The Drifters, Mayer Hawthorne and Ed Sheeran.

Participating businesses and attendees will be required to follow any face masking and social distancing requirements in place per guidelines from the State of Georgia and the Centers for Disease Control and Prevention. Hand sanitizing stations will be positioned in various downtown areas, while markings on the ground will be utilized when possible to encourage attendees to remain apart while waiting in lines.

For more information on Bringing The Sea to The Springs, visit bringingtheseatothesprings.com.

Bringing the Sea to the Springs in Powder Springs