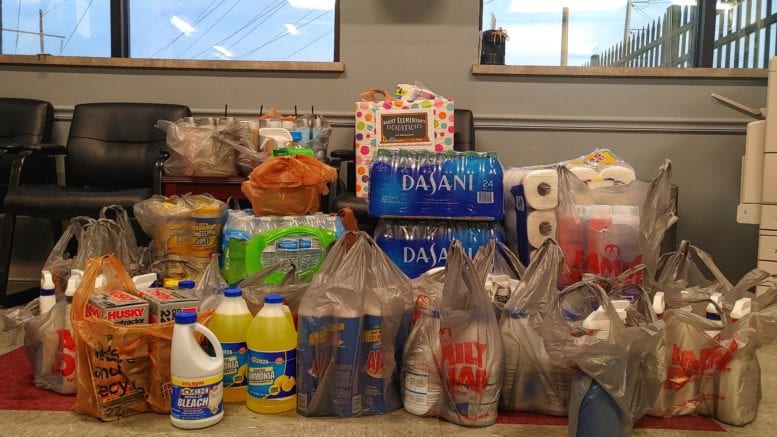 Georgia Power announced that employees of Plant McDonough, located on the Chattahoochee River in Cobb County, provided tornado relief for the victims of the hurricane that struck Newnan and Coweta County in March.

The company distributed the following press release with the details:

Thursday, May 6, 2021 – When a tornado tore through much of Newnan and Coweta County in March, it left widespread damage across the community just south of Atlanta. Georgia Power employees from the Citizens of Georgia Power – the employee volunteer arm of the company – Plant McDonough chapter in Cobb County are supporting local residents by sending supplies to Newnan. This is the second time that employees from the plant in Smyrna have supported the community.

Additionally, employees from across the metro area have played an active role in clean up and the power restoration process immediately following the storm.

With more than 40 chapters statewide, Citizens of Georgia Power gives back to their local communities through in-person and virtual volunteer projects, fundraisers, and donations. In 2020, Citizens’ members logged more than 55,000 hours of service equal to $1.5 million.

Plant McDonough-Atkinson represents a major commitment by Georgia Power to ensure an adequate supply of electricity is available to meet the electricity needs in metro Atlanta and north Georgia.

Plant McDonough-Atkinson is named for the late John J. “Jack” McDonough – who was Georgia Power’s president from 1957 to 1963 and for Henry M. Atkinson, one of the founders of Georgia Railway and Electric Company.

These units, located on the 358-acre plant site about six miles northwest of Atlanta on the Chattahoochee River, began commercially operation in 2012. The three natural gas units are capable of producing 2,520 megawatts of electricity and, on average, can supply enough energy to power approximately 1.7 million homes.