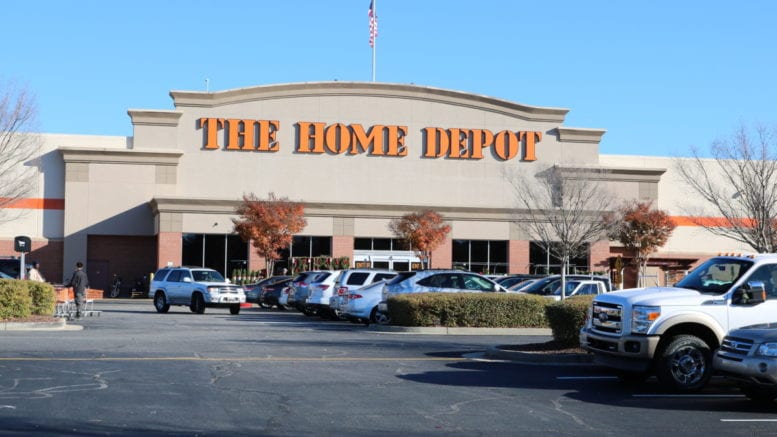 Home improvement retail giant The Home Depot, whose corporate headquarters are in Cobb County, announced in a press release that it has named John Deaton executive vice president of Supply Chain and Product Development, effective November 1.

Deaton will take the place of Mark Holifield, who left to become CEO of last-mile delivery firm LaserShip after 15 years with The Home Depot.

“We’re incredibly fortunate to have such a strong bench of talented leaders like John, who has delivered outstanding results with every challenge he’s taken on over the past 14 years at The Home Depot,” said Craig Menear, chairman and CEO for the press release announcing Deaton’s promotion. “And we are truly excited for Mark as he takes on his next career challenge. On behalf of the entire company, I want to thank him for his enormous contributions over the past 15 years, including developing great leaders like John.”

The Home Depot was founded in 1978 after co-founders Bernie Marcus and Arthur Blank were fired from the Handy Andy home improvement chain in southern California.

The decided to go into business together, and opened three stores in Atlanta.

According to company promotional materials:

The Home Depot is the world’s largest home improvement specialty retailer. The Company operates a total of 2,298 retail stores in all 50 states, the District of Columbia, Puerto Rico, U.S. Virgin Islands, Guam, 10 Canadian provinces and Mexico. In fiscal 2020, The Home Depot had sales of $132.1 billion and earnings of $12.9 billion. The Company employs approximately 500,000 associates. The Home Depot’s stock is traded on the New York Stock Exchange (NYSE: HD) and is included in the Dow Jones industrial average and Standard & Poor’s 500 index.