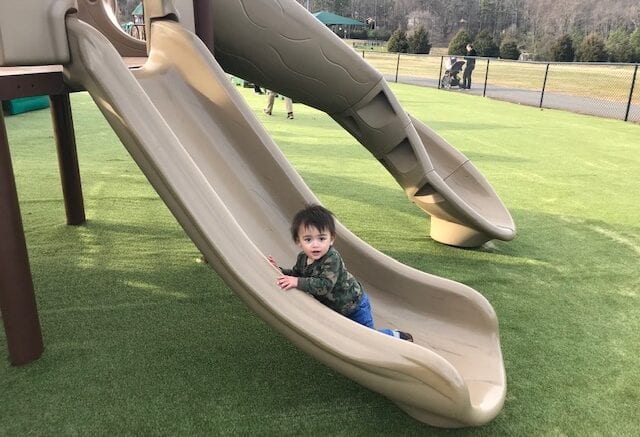 An exciting addition is coming to the inclusive playground at Swift-Cantrell Park in Kennesaw.

The T-Mobile Hometown Grant Program awarded the city $46,420 to fund a wheelchair swing.

The swing is the final touch on a facility that includes wheelchair-accessible ramps, an 8-person wheelchair Sway Fun glider, sensory stations, a shade canopy, a navigable turf surface, and convenient bathroom facilities.

Parks Director Steve Roberts said the next step is for the city to solicit bids for an installer, which he expects to take about a month. He hopes to see the swing installed in the first quarter of 2022.

According to the T-Mobile website, the goal of the Hometown Grant Program is to fund up to 100 small towns a year (defined as populations under 50,000 people) as much as $50,000 each for projects that create or improve community spaces. T-Mobile intends to spend $25 million on grants over the next five years. Elected leaders, town staff, and nonprofits are eligible to apply.

“Everybody from parks and rec and Swift Cantrell Foundation, ya’ll are incredible. I know you invested lot of time over the last couple of years to build the incredible inclusive park that we have now,” Mayor Derek Easterling said during Monday’s City Council meeting.