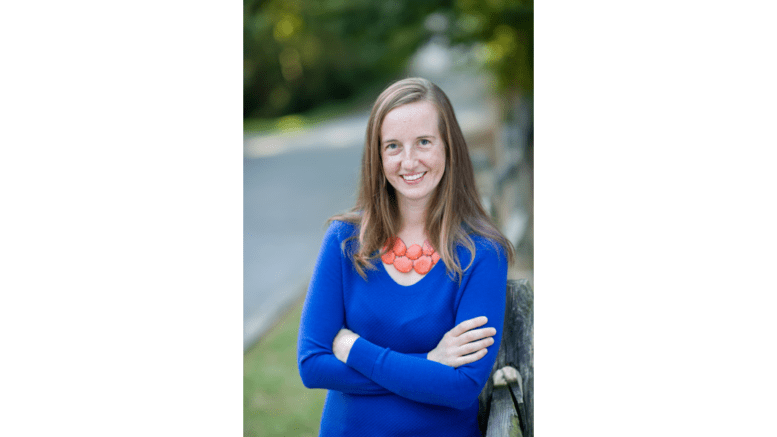 Becky Sayler announced her candidacy for the recently redrawn district of Post 2 on the Cobb County Board of Education last week.

Sayler, who grew up in New Jersey, has lived in Cobb for 15 years. She graduated from Emory University with a degree in history and sociology and has a master’s degree in teaching English to speakers of other languages from Columbia University.

Sayler currently teaches preschool but has experience as the director of children’s ministries at an Atlanta church, and she taught in Romania for a year.

Romania is where she fell in love with classroom teaching and was inspired to go to graduate school. After completing her degree, she got a job teaching ESOL in the Cobb County School District at Norton Park Elementary in Smyrna.

Jaha Howard currently holds the Post 2 seat and announced he is running for state superintendent.

Sayler will face Andres Sandate in the Democratic primary on May 24. Republicans Stephen George, Jr. and Anthony Sears also qualified for Post 2 and will face each other in the Republican primary. For more information on Cobb elections, click here.

She spoke with the Courier by phone.

Work with the school foundation

Sayler’s children attend school in Cobb County. As vice president of expenditures of her school’s foundation, Sayler has experience budgeting purchases for the school and working with the principal and the leadership team. For the last couple of years, much of that focus has been on technology because of remote schooling during the pandemic.

“We want to be able to help as many kids as we can, so when we evaluate the teacher grants or projects, it’s ‘what’s going to affect the biggest number of students in the whole school? What can be used schoolwide?’” she said. “[It’s] a very diverse school in terms of socioeconomic backgrounds, too, so we don’t want to lose sight of that. Make sure every child is being helped.”

The foundation also provides grants to teachers for professional development.

“It would be great if school foundations weren’t necessary because the district was paying for everything. We haven’t ever had QBE fully-funded except for two years, and maybe this will be a third year, so we’re always working with a deficit…there’s a lot of areas in Post 2 and elsewhere in Cobb County that don’t have foundations.”

“I think a lot of teachers, even when you’re teaching whole language, you still do teach sounding out…but I think the main thing with literacy is that I want to be sure that we don’t ever limit our curriculum,” she said.

“I want to always be sure that we also have the subjects that might pull them in, that make them more excited about learning to read because they want to know the information, like science or social studies. I think what we’ve seen nationally is, whenever there’s a focus on literacy, which sounds like a good thing, it ends up being a narrowing of a curriculum and teaching to a test. We don’t want kids to just bubble in A, B, C, or D on a state exam. We want kids to love reading.”

Addressing learning loss from the pandemic

First, Sayler said, we need to acknowledge the reality that kids have missed a lot of learning and that teachers can’t be expected to make up for that lost learning as part of the regular school day.

“We need to look at extending the school year and having after-school tutoring,” she said.

“That’s something the superintendent has cited as a reason to go back to ‘normal.’ He cited studies about how mental health has been suffering, learning loss has been suffering. He’s acknowledging those things are true, but we really don’t have a plan to address it,” she said.

“The main theme I see in all of these is that they’re not trusting teachers to be the professionals I know them to be. Teachers go to school to do this and they really care about their students,” she said.

“They were lauded as heroes this time two years ago. Everybody was realizing what a hard job it was as they were taking over and having to do it with their own children.”

You mentioned in your opinion piece you are concerned about failing “pockets of struggling students.” Can you expand on that?

Sayler said she worries about the students who were hit particularly hard by the pandemic because of limited access to technology.

“Even before the pandemic, there were students who struggled in various ways. How are we supporting them? We can’t expect the same exact approach to work with every student, so what are ways that we’re differentiating? What are ways we are looking at how different schools do things well and replicating that elsewhere?”

“With elementary students, it’s really hard for them to navigate [CTLS] on their own. I think some of the bells and whistles of the program aren’t really apparent to elementary parents. We had teachers that used it really well…but some days it felt like, are we just using this to click over to Zoom?” she said.

“When [teachers] had kids in their classroom and they were teaching kids remotely, they were having to do two jobs at once. I was impressed with their flexibility and ability to do that.”

Given that CARES funds were used to expand CTLS, do you think it has been utilized appropriately throughout the pandemic?

“I think it would have made more sense to make sure every child had a device from the school system before we made a program that you needed a device to access. I don’t think we should have assumed that every student would have one or that we could count on our school foundations to handle it,” she said.

“I think a better use would have been making sure we had one-to-one device ratios before doing CTLS,” she said.

Sayler said she is running because she loves public schools and because she’s a mom and a teacher.

“I really want to make sure that when these decisions are made, that they have the perspective of a mom and a teacher,” she said. “I think it would be great to have more than one woman on the board at a time.”

She said she doesn’t have political ambitions and never expected to run for office.

“I do love public schools, I do love education, and I love advocating for children. So it seemed like the right time to do it with an open seat,” she said.

What changes need to take place to improve a board that has been fractured for some time?

“I read the first Cognia report that’s now been replaced by Dr. Elgart’s letter and…two things marked the shift. When they took away board member comments during the meetings, and the second one, that kind of really heightened everything, was changing the rule from needing only three people on the board to get an item on the agenda to needing four. Which has meant the majority of Republicans have said no to almost everything the Democrats have asked to get on. I think it would be a good faith effort to, no matter who is in control of the board, change that rule back to three,” she said.

“Everybody is elected to represent their post. And it’s very hard to advocate for your post if you can’t even get an item on the agenda…We don’t have to agree, but if we can at least have the discussion, I think that would be a good starting point.”

What did you think of the board’s COVID-19 response?

“I’ve been disappointed, to be honest. It feels like there’s a lack of compassion,” she said.

She pointed to the meeting that took place last September in which members of the Cobb County Board of Health pushed Superintendent Chris Ragsdale, also a member of the board, to adopt a masking policy for CCSD. Ragsdale abstained when the board voted to pass a position statement.

She also questioned why the district didn’t take advantage of on-site testing offered by the state.

“It would be really great for families that have a hard time getting to testing centers or affording to get at-home tests,” she said. “Those are things the district could have done that wouldn’t have even cost them money.”

“I understand that it has dragged on and it has been frustrating for everybody. It was new to us two years ago, but it feels like at some point I wish we had been more on the balls of our feet, ready to respond, than just back on our heels hoping that it was over.”

She was also concerned by the wasted educational time she experienced as a parent.

“I kept calling the hospital homebound services or asking for live instruction during quarantine. What are ways we can still help our kids learn? And it just fell on deaf ears…at the district level,” she said.

Federal data shows that Black students and students with disabilities are disproportionately referred for exclusionary discipline and to law enforcement in CCSD. How can the district address this?

That should be something that is discussed by the board and frequently. Implicit bias training is something that is easy to set up for teachers and administrators. We need to look at what’s going on in the schools, what are the circumstances surrounding this?” she said.

“What are we doing earlier to get students the help they need before it’s punitive. I think mental health services come into that.”

Last Monday, Dr. Mark Elgart of Cognia reversed much of last year’s special review’s findings, including the problems they pointed out with financial transparency and procurement, but now the District Attorney’s office has opened a grand jury investigation into purchasing decisions. How can the board improve?

Sayler said the board needs to take overseeing financial decisions more seriously and not just act as a rubber stamp for the superintendent.

“That was something that was approved in a party-line vote, 4-3. It seems like if everybody was able to take a look at what we’re spending money on, I don’t know why they would have supported it. That seems like an easy thing to be a check on the superintendent,” she said.

“It’s a bad idea to buy handwashing machines that you can’t have dirty hands for…I’ve never had bathrooms fully stocked with soap, whatever school you go to. We could have just bought soap and paper towels. These UV lights malfunctioning – being the first [customer]. We always talk about, as teachers and administrators, we always want to do data-driven instruction, data-driven decisions. Those were not data-driven decisions.”

She can be reached at SaylerForCobb@gmail.com

From the Editor: the Cobb school board white sponsor rule

Wheeler name change supporters refused spot on agenda, so they took it to the public comments