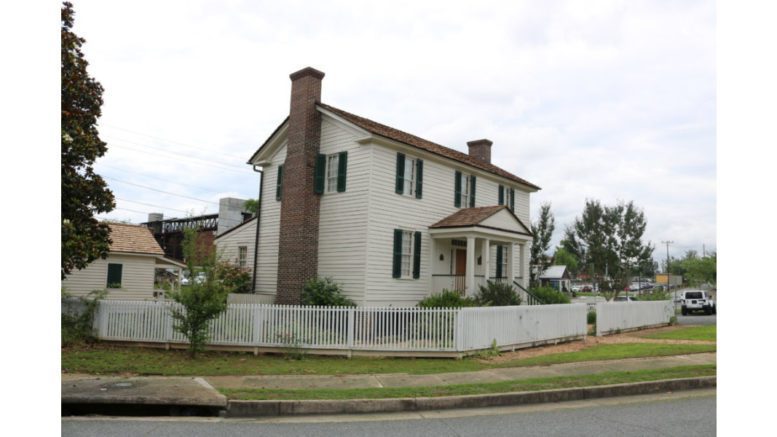 Cobb Landmarks posted the following announcement on the City of Marietta website about a talk at the historic William Root House that is sure to be of interest to historic preservationists and people who are renovating old houses:

MARIETTA – What do you get when you have two creatives with a passion for architecture and old things? Laine and Kevin Berry. While building or restoring a house is one of the most stressful things a married couple can go through, Laine and Kevin seem to thrive on it. What began with a husband and wife with a love of architecture and all things old has grown into a movement to save the history, stories, and architecture of significant homes across the nation. Over the years Laine and Kevin have worked together on many projects and businesses, but as their 180,000 Instagram followers will tell you, they are at their best when saving an old house.

Cobb Landmarks is excited to welcome Laine and Kevin to Marietta on June 25th. The evening will begin with a presentation by Laine on the basics of historic preservation, and will conclude with a reception and meet & greet. Tickets must be purchased online in advance at CobbLandmarks.com. Space is limited. This presentation is part of the Cobb Landmarks Practical Preservation lecture series.

WHAT: “Our Restoration Nation” Presented by Laine & Kevin Berry

ABOUT COBB LANDMARKS: Since its founding in 1974, Cobb Landmarks & Historical Society has succeeded in preserving and protecting some of Cobb’s most historically relevant buildings. Each year, Cobb Landmarks provides engaging programs and activities that reach thousands of preservationists, tourists, educators, and students. Many of these programs are centered on the organization’s two historic properties, the William Root House and Power Family Cabin.

About the William Root House

William Root was a druggist who was born in Philadelphia. He moved to Marietta in 1839 to open a drug and general store. He married Hannah Simpson a year later, and they built the house at what is now Church and Lemon streets.

It was later moved to face Lemon Street, and was owned by William Root until 1886.

Afterwards it had a series of owners and went into steady decline, and in the 1940s was split into apartments.

By the 1980s, the house was in serious disrepair and scheduled for demolition.

A preservation effort began, and in 1989 Cobb Landmarks & Historical Society bought the house and moved it to its current location at 80 North Marietta Pkwy NW, Marietta, GA 30060.

About the City of Marietta

The City of Marietta is the county seat of Cobb County. The latest estimate from the U.S. Census Bureau puts the population of the city at 60,867 which makes it the largest city in Cobb County by population.

However, the city is in a neck-and-neck race with fast-growing Smyrna, whose population was 56,666 at the last estimate.

Here are a few fast facts from the Census Bureau