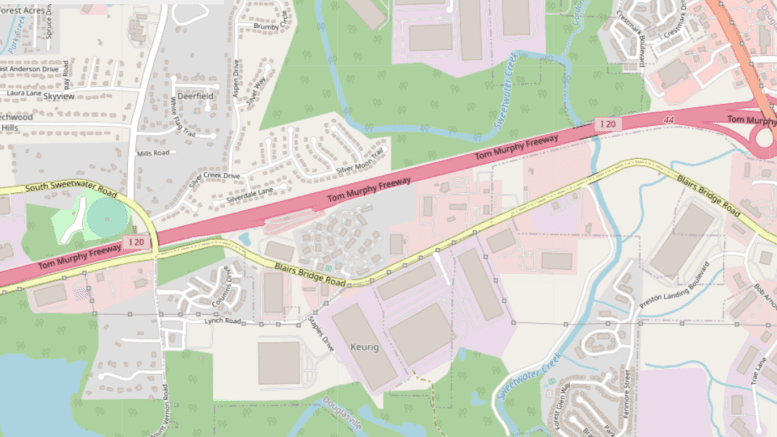 Significant storm damage was reported in South Cobb from yesterday’s storm. The damage was concentrated in an area within the limits of the recently incorporated City of Mableton, but with Austell addresses.

A public information release from the county describes the damage as follows:

“A fast-moving storm rolled through Cobb County on January 12, damaging dozens of homes and businesses, and closing multiple roadways.

“The most significant reports came from the Austell area, where damage reports were concentrated around the Oak Ridge Parkway / Blairs Bridge Road area.

“Damage assessment in that area will continue into the night.  No significant injuries have been reported.”

As of 6:30 p.m. yesterday evening, the county reports the following (all bulleted reports are from the county’s website):

The storm damage in the county was the result of a line of fast-moving severe storms that passed through the county yesterday afternoon prompting the National Weather Service to issue a wind advisory.

Dreaming of beachfront real estate? Much of Florida’s coast is at risk of storm erosion that can cause homes to collapse, as Daytona just saw

Damaged homes up to 50 in South Cobb, 16 of them rendered uninhabitable