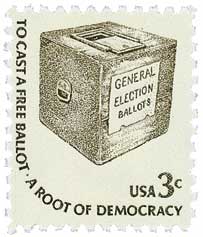 A candidate forum was held at the South Cobb Community Center on May 5 to help residents of Mableton and Austell make informed decisions for the May 24 elections. The forum featured candidates for the state legislature, county commission chair, school board, state and superior court judges, and sheriff.

This is the first of a series of articles about the forum.  The articles are organized by sections of the forum, including question-and-answer,  followed by a complete audio recording of that section.  If you want to learn more about what the candidates said than you get from the summaries, listen to the audio.  This first article includes the greetings and introduction sections, followed by the question-and-answer with the candidates for Georgia House district 39.

The meeting opened with an introduction by the two sponsoring organizations, the Mableton Improvement Coalition, and the Austell Community Taskforce.  Joel Cope said that MIC is an all-volunteer group, with no building, staff or interns. He said MIC does candidate forums, trash pickup, stream cleanup, and applies for economic development and park grants.

Listen to the complete introduction to the forum:

The candidates for Georgia House district 39 spoke first. Shelia Edwards, Wayne Hobdy, and the incumbent Erica Thomas introduced themselves. Hobdy said he was not a career politician but is interested in helping the community. Edwards emphasized her work in opposing the waste transfer station on the Chattahoochee, and her opposition to the Atlanta Public Schools bus depot slated for the former Bankhead Court Apartments site. Rep. Thomas mentioned her service on the Science and Technology, Juvenile Justice, and the Budget and Fiscal Affairs committees, and her monthly community meetings to explain legislation to her constituents.

The first question to the district 39 candidates was: “Do you support the Opportunity School District concept slated to be on the ballot this fall and why or why not?”

“I do support the Opportunity School District. I voted yes for it. Now, I do believe that no bill is a perfect bill, but what I also believe even greater than that, is that my people need to make sure they represent themselves at the ballot … In November, they will be able to vote on that bill. Some people might be for it, some people might be against it, but I believe that they have a voice, and that they should be able to make that decision themselves.”

“I absolutely do not support it, and I urge each and every one of you to educate yourselves before you go to the polls. This is a trojan horse. You saw what happened in Michigan when they appointed one person to make decisions there. They ended up with water that poisoned their children, and their families, and they will not ever recover from that situation because of the problems that it’s caused. Now my opponent voted yes, with the governor. She crossed party lines to vote yes. That wasn’t a good deal for our students. That’s not a good deal for our community … What is this all about? And the answer is a power grab. They are trying to make backroom deals on the golf course, or the back rooms of the Capitol, and then turn around and shove that down the throats of parents, and educators, and the person that suffers is our school children. So vote no for this situation.”

Hobdy said that he was just learning about this issue. He said,

“… I don’t believe in money grabs. Let’s talk about everything on the table where everyone can see.”

Asked whether they would agree to sponsor a bill to create a City of Mableton, all three candidates said they would support such a bill for consideration by the House if the residents of the community support it.  Thomas said that a study would be necessary before the bill could be submitted.

The candidates were asked what their legislative priorities would be.

“Right now I think it’s our children … engaging our children.  Summer’s coming, and a lot of the education is just going to stop.  We’re going to have a lot of idle children in the community, and there are not many places for our children to go to recreate, I’ll put it that way. There are few parks south of Veteran’s Memorial Parkway.  All there is is Six Flags over Georgia where I live, and not all kids have the money to do those sort of things. I think when you don’t occupy our kids, they get in trouble. It would be nice if they had some job-oriented things to do, or even some corporations to engage us. That’s what I would concentrate on: the kids.”

“First and foremost I think that education is important.  I think that what’s failed to come to the forefront is that our education dollars have been cut each year. That means less for our children, less for our teachers, less for our educators. So that would be a big issue for me.  Economic development and the Six Flags corridor, I think those things need to be addressed.  I mentioned earlier the bus depot that they’re proposing to put in Bankhead Courts.  At one time there was an LCI study done, and that LCI study called for work, live, and play to go into that area.  I traveled around the country in my role in corporate America, and any city I went to that had water in their midst, they figured out how to turn that into something that the community could enjoy  … people can work there, people can live there, and they can go and have recreation there … that doesn’t happen for us, we look to put noxious stuff into our communities.  My third piece would be crime, and trying to deal with the recidivism, stopping that revolving door, when it comes to our community.”

Listen to the complete question-and-answer session with the candidates for Georgia House district 39: