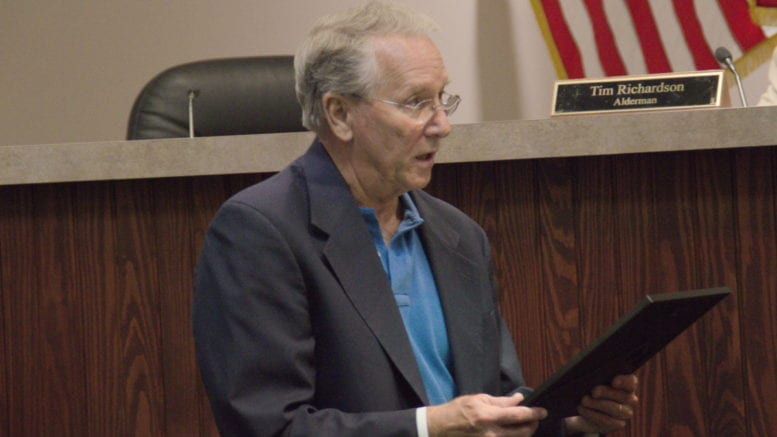 Since all incumbents face no opposition, the Acworth Board of Aldermen voted at its meeting Thursday, Sept. 21, to cancel this year’s general election.

“You look at the board as a team,” said Acworth Mayor Tommy Allegood. “When there’s no opposition, obviously we have done a great job earning our citizens’ trust.”

Allegood, who has served as mayor since 2002, said this is the fourth consecutive general election that the city of Acworth has canceled due to lack of opposition. This doesn’t include special elections, which have still occurred when necessary.

Allegood said canceling elections saves the city money, up to $10,000 per election. He also mentioned avoiding the turmoil that typically accompanies a local election.

No elected office in Acworth is subject to term limits by law.

“We believe that our term limits are elections,” Allegood said. “It’s a great feeling to know that your citizens trust you and know that you’re doing a great job.”

Aside from Alderman Brett North, who earned his seat through a special election in 2014, every board member has already served at least two four-year terms in office. Alderman Albert “Butch” Price has served on the board for more than 20 years, and Alderman Tim Richardson is now entering his sixth term in office.

“It is a real pleasure for me to serve with Mayor Allegood and the entire Board of Aldermen, city staff and our volunteer boards and authorities,” Richardson said in an email. “We are seeing many positive results from our shared vision for the community and will continue to emphasize quality of life.”