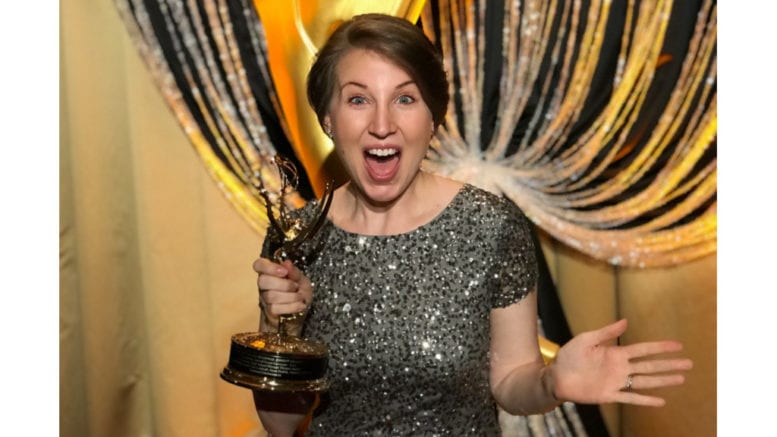 Also known as the Shuler Awards, the celebrated program honors high school musical theater productions across Georgia with an award ceremony at the Cobb Energy Performing Arts Centre. This was the 11th annual ceremony in partnership with Georgia Public Broadcasting, who shared the Emmy Award for Special Event Live Coverage with ArtsBridge for the second year in a row.

“The back-to-back Southeast Emmy Awards for The Shulers are indicative of the superb quality and high production value Georgia students bring at show time,” said Jennifer Dobbs, executive director of ArtsBridge Foundation, in a press release. “Producing this live event takes a team of dedicated staff and volunteers at ArtsBridge Foundation, Cobb Energy Performing Arts Centre, many sponsors and our partners at GPB, and it is so rewarding to share this honor with so many contributors.”

Last year, ArtsBridge and GPB took home an Emmy for the 2017 Schuler Awards in the same category. More than 50 Georgia public and private schools entered the competition both years, and awards were given in 17 categories.

The awards are named for decorated actor and singer Schuler Hensley, a Georgia native who grew up in Marietta. Hensley is best known for his Broadway role in Oklahoma!, where he received a Tony award, a Drama Desk Award and an Outer Critics Circle Award.

The ArtsBridge Foundation is a non-profit arts education entity of the Cobb Energy Performing Arts Centre, with community outreach programs stretching across Georgia and the Southeast. Programs range from school field trips and classes to large-scale fundraising strategies, with a focus to inspire creativity and confidence in young artists and students.

For more information on the ArtsBridge Foundation and its programming, visit its website.

Alex Patton is a journalist and a graduate of Kennesaw State University. When he isn’t writing about music and entertainment, he spends most of his time cooking, watching cartoons and over-analyzing the secrets of the universe. He is a freelance writer for the Cobb County Courier.