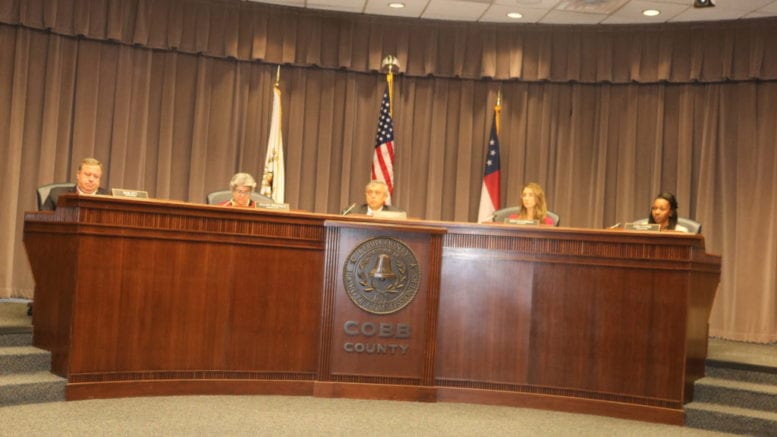 This letter to the editor was sent by Samantha Hawkins, a Cobb 911 dispatcher.

I believe it’s of the utmost importance to bring to the public knowledge of Cobb county citizens that Chairman Mike Boyce and the BOC has approved one-time bonuses of $1,475 to be paid out to sworn Cobb County Police officers, Sheriff deputies, and certified Firefighter personnel in August. This plan comes on the heels of Chairman Boyce releasing his proposed FY20 Budget back in April that called for implementing a 3% pay raise for all county employees, and, additionally, a 2% raise for public safety (specifically police, fire, and sheriff). However, Cobb 911 has not been included for consideration in any of these measures.

We are not all equal but we are all important!

While I would never equate myself to the men and women who work on the frontlines of public safety, as a 911 Dispatcher I take issue with the fact that the BoC has demonstrated they do not stand behind ALL of public safety. As the literal “voice” of public safety, Cobb 911 is just as understaffed, underappreciated, and overworked as ever. Just since 2017 which is the last time we have seen a merit increase, our agency has seen higher turnovers, more resignations from individuals with 10+ years of experience, and an increase in sick leave expenditures due largely to the stress that the calls we process take on our body and mind.

Dispatcher fatigue and burnout remain constant problems that plague our operations. Our 911 center dispatches for the Cobb County Police and Fire Departments, Marietta Police and Fire Departments, and the Sheriff’s Office. On a daily basis, we answer over 2000 emergency and non-emergency phone calls. It should not be forgotten either that unlike other 911 call centers in Georgia, at Cobb 911 calltakers and dispatchers are not distinguished. So the same person who answers that 911 call with someone on the other end who is possibly having a heart attack could very likely be in the middle of confirming a wanted person for a police officer who’s on a traffic stop.

Our administrative and emergency call volume has definitely increased exponentially with the relocation of the Atlanta Braves’ home ballpark to our county. Essentially, while we do not work hands-on in the line of duty, patrolling streets and neighborhoods or serving our citizens in a physical capacity (like our brothers and sisters in blue or red) we are still very much first responders too. But Chairman Boyce refuses to recognize us as important members of public safety in his plans to provide compensatory bonuses and merit increases to other sworn or certified members, as appreciation for their services to their community.

I’ve been dispatching for 4 years now and I love my county, my citizens, my neighborhoods, but even I must admit that it is becoming increasingly hard to do what I do every day and not feel an ounce of appreciation from my own BOC. Is it not enough that “Public Safety Telecommunicators” are still federally classified as under “Administrative Occupation” rather than “Protective Service Occupation?” But no, as though this wasn’t exasperating enough, Chairman Mike Boyce doesn’t recognize us as a crucial part of the Cobb Public Safety family. I am both astonished and dismayed…. He cannot say that he is truly behind public safety and yet ignore one of the most central and elemental forces within this department: 911. He can either be behind all of us or not behind us at all.

We all not all equal but we are all important!

Be the first to comment on "Opinion: Cobb 911 Overlooked by BOC"