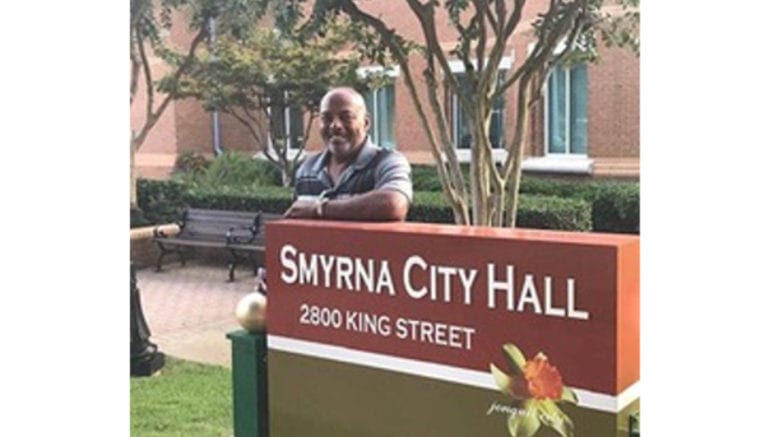 In his 25 years living in Smyrna, Steve Rasin has seen a lot of growth in his adopted hometown. The population is much larger and the houses are more expensive, for example.

Now, at the age of 66 and retired, Rasin is one of five candidates aiming to replace mayor Max Bacon, who is stepping down after 34 years in the job.

Among Rasin’s goals is making sure everyone in Smyrna feels included at the table, with improved communication from the city’s leaders. He said attendance at bi-monthly city council meetings is much lower than it should be, calling city hall “one of the loneliest places in Smyrna.”

Rasin had lived in different parts of the country, including California, during his years working for the Navy and, later, for Lockheed-Martin. After moving to Georgia for work, he spent a single year in Atlanta before settling with his wife in Smyrna and sending their children to local public schools.

However, Rasin didn’t feel the time was right to seek public office during his career because he was spending so much time in the air. Now that he’s retired, he feels ready to give his leadership experience to the city.

He has spent plenty of time over the last few months talking to residents about what they want to see from the city, and said he’s heard a lot about traffic and education in particular.

On the traffic front, Smyrna is likely to be included in a special district which will vote on charging an additional 1 percent sales tax and joining MARTA. Rasin favors the idea.

“The more cars you have on the road, the more chance you will have problems,” he said. “If you can have less cars because you have mass transit I think that’s a good thing,”

“I don’t think downtown needs a major overhaul,” he said. “There are a lot of good facilities there, they just need to be occupied.”

While Smyrna is very much a diverse city, Rasin said leadership can do a better job of being inclusive and making all residents feel that their voice is heard. He points out that Smyrna has only had one African American city council member in 147 years, but said that depending on election results there could be three at once in January.

“That would be a big improvement,” said Rasin.

He also feels he brings the most leadership experience of anyone running for mayor.

“I won’t say I’ve been here the longest, but I think my leadership experience far outweighs anything [the other candidates] have ever done,” Rasin said.

From now through election day on Nov. 5, Rasin plans to meet as many residents as possible, take part in a few candidate forums and do all he can to round up votes.

“If the election goes as I hope, number one, the mayor’s office will look a bit different because I’m there,” he said. “The city council will look a little bit different because it will be more diverse than it is now. If we all work together and get a vast array of people’s voices to make an input, then I think you’ll see a lot more people participating in government.”

If elected, Rasin said he hopes to make Smyrna’s city hall less of a lonely place by bringing more folks to council meetings.

“This is where the city does its business for you, in front of you, twice a month at least,” said Rasin. “If you want to know what’s going on, come there, take a look at what’s going on. If you want to get up and speak you have the opportunity to do that and you can voice your opinion in an official forum. You can’t drag people out, but you can at least go where they are and ask them to come participate.”

With just over a month to go before election day, Rasin is gearing up to make a final push.

“The last month is going to be a grind. Everybody will be out there trying to convince people that they’re the right candidate for Smyrna mayor,” said Rasin. “I just happen to think I’d be better at it than anybody else.”