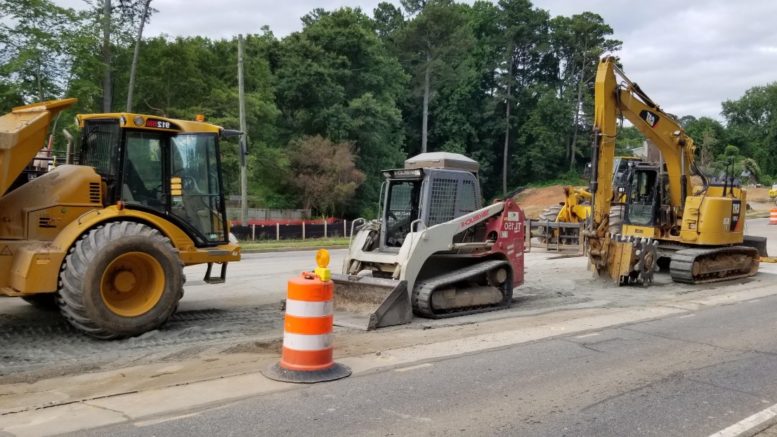 Cobb County announced on their Facebook page that delays can be expected on the section of Whitlock Avenue between John Ward Road and Cheatham Hill Drive as work is beginning on the Whitlock Avenue trail segment of the Kennesaw Mountain Pedestrian Improvements project.

The trail, also known as the Cheatham Hill Multi-Use Trail, is a joint project of the Cobb DOT and the City of Marietta.

You can view an interactive story map of this project by following this link.

Crews have already started the clearing work, and delays are expected to be significant as the road work will take place from 9 a.m. to 4 p.m. on weekdays, and traffic will be reduced to one lane.

The worst traffic will be westbound in the afternoon.

The county recommends that you find alternate routes.

Kennesaw Mountain Pedestrian Improvements, also known as Cheatham Hill Multi-Use Trail, is a joint project with the City of Marietta.

This project consists of improvements to the trail network in the Kennesaw Mountain National Battlefield Park area. Improvements include construction of eight-foot (minimum) to ten-foot (desired) wide multi-use trails in the following locations: along Cheatham Hill Road (from Powder Springs Road to the existing trail near John Ward Road); along Whitlock Avenue (from the intersection of John Ward Road and Whitlock Avenue/Dallas Highway/SR120 to Cheatham Hill Drive) and along Burnt Hickory Road (from Whitlock Avenue to Old Mountain Road).