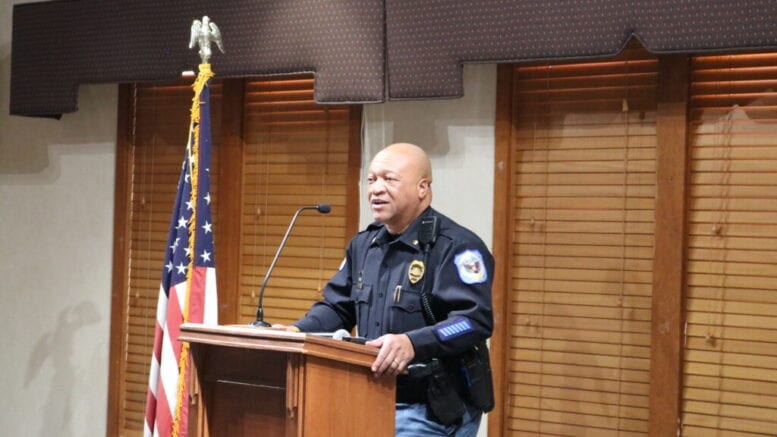 Major Craig Owens has filed an appeal today challenging his disqualification from the race for Cobb County Sheriff.

A spokesperson for the Owens campaign released the following statement from Owens:

“As promised, I am fighting for the privilege and honor to serve and protect Cobb County as its sheriff. Experience and qualifications matter. Unfortunately, my opponent chose to take an easy way out by challenging my candidacy rather than compare resumes and visions, but I embrace this as another opportunity to highlight the difference between him and me.  This election and this appeal is about giving Cobb County a choice and a chance. My legal team, led by prominent Democratic attorneys, feels confident that the case law is on our side. It is my hope that the judge will follow the precedents established in similar cases, side with the fact that I exceed all qualifications for the office and, most importantly, will give Cobb County voters a say in who will serve as their sheriff.”

The appeal states that Cobb’s elections board had added a requirement for candidacy not included in Georgia’s code, and “erroneously deemed Major Owens unqualified to serve as Sheriff.”

Read the appeal filed by Craig Owens by following this link

Cobb County Police Department Major Craig Owens, the commander of Precinct 2, and former Dekalb Sheriff’s Deputy Gregory Gilstrap were disqualified in their bids for the Democratic nomination for a run for Cobb County sheriff, during a hearing before the Cobb County Board of Elections and Registration.

The decision was made by the board on March 26 which met to hear the challenges brought by rival Democratic candidate James Herndon.