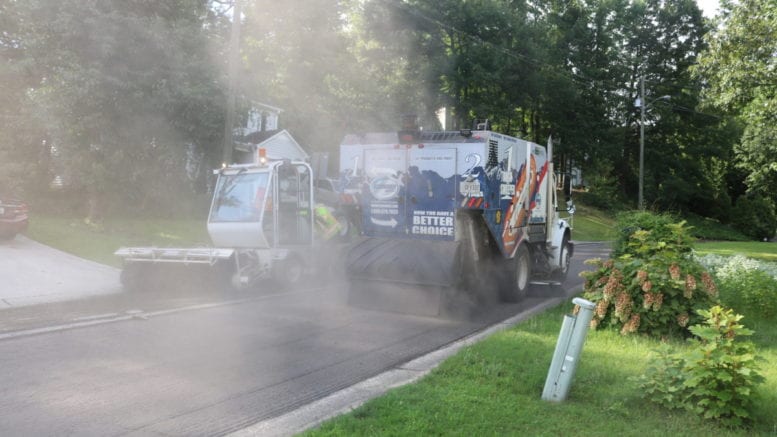 Marietta-based C.W. Matthews Inc. Construction won the contract estimated at $28 for the widening of SR-20 in Cherokee County.

In a press release today the Georgia Department of Transportation announced the details of the contract.

The complete text of the announcement follows:

ATLANTA, GA – Georgia Department of Transportation (Georgia DOT) announces the contract for a much-needed road widening project to improve safety, mobility and relieve congestion along the corridor located in Cherokee County, has been awarded to C.W. Matthews Inc. Construction costs for the project are estimated at $28 million.

The project is proposed to improve efficiency and safety by addressing traffic congestion, above average crash rates, and substandard intersections along this section of SR 20. The project begins nearly half a mile east of I-575 in the City of Canton and ends just east of County Road 281/Scott Road. The total project length is slightly over a mile and adjacent to the county’s largest employer, Northside Hospital – Cherokee County.

Raised medians are just one safety measure being proposed with this project. There are also proposed innovative intersection improvements such as Restricted Crossing U-Turns (RCUT) throughout the corridor to enhance safety and roadway operations. RCUTs are alternative intersections that eliminate high-risk left-hand turns, decreasing conflicts and congestion.

“One of the important goals of this project is to reduce crash rates and improve safety along SR 20,” said State Transportation Board member Jeff Lewis, Congressional District 11. “RCUT intersections have been installed in many states in the U.S., and federal studies have shown a reduction in total crashes at those locations by 28% to 44%. These studies have also shown a reduction in the number of fatal crashes by more than half.”

While RCUTs can cause a slight increase in travel time during periods of low traffic volumes, they have been shown to decrease delay during periods of higher volumes, reducing the time it takes to clear an intersection and resume normal travel speeds, thereby resulting in an overall benefit for local roadway users, as well as those traveling along SR 20.

“The State Route 20 widening project demonstrates Georgia DOT’s continuing efforts to enhance mobility and safety in congested areas throughout the state,” said Georgia DOT Commissioner Russell McMurry, P.E. “Through projects like this GDOT is ‘building a better Georgia’ by fueling economic growth and improving quality of life for citizens of Georgia and those traveling through the state.”

Information on project schedules, potential lane closures and detours will be available in advance of activities taking place and will continue throughout the construction phase. This project is a segment of a multi-phased SR 20 Corridor project. For updates or to follow along with the project visit http://www.dot.ga.gov/BS/Projects/SpecialProjects/SR20Improvements/I575NCorners.

Striping of I-575 at Barrett Parkway to resume this evening

Cobb COVID report February 7: Cases, deaths and hospitalizations all down

Be the first to comment on "GDOT announces details of SR-20 widening contract awarded to C.W. Matthews"