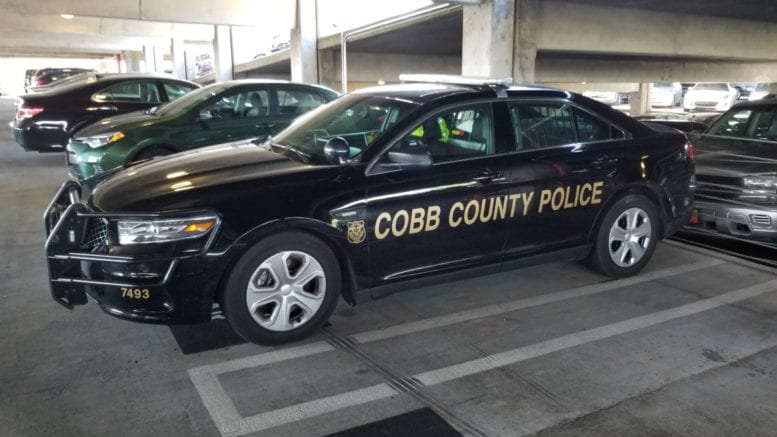 According to a public information release from Sgt. Wayne Delk of the Cobb County Police Department the Crimes Against Persons Unit is investigating a homicide that occurred on Queen Mill Road in Mableton on Sunday.

The public information release described the incident as follows:

Cobb County Police responded to 6790 Queen Mill Rd on Sunday, September 13, 2020 at approximately 12 p.m. in reference to a person shot. 30-year-old Donnell Joseph Diggins of had answered a knock at the front door of the home when he was shot. According to witnesses a black male had knocked on the door before shooting through the door at the victim and then leaving in a black vehicle. The suspect also fired at the home as the vehicle was driving away.

Donnell Joseph Diggins was transported to Wellstar Cobb Hospital where he succumbed to his injuries and passed away.

Anyone with information is asked to contact Cobb County Police Department’s Crimes Against Persons unit at 770-499-3945 or cobbpolicecrimetips@cobbcounty.org.

obb County Police Department the Crimes Against Persons Unit is investigating a homicide that occurred on Queen Mill Road in Mableton on Sunday.The division also houses the Crime Scene Unit that according to the division’s website “is responsible for documenting and processing crime scenes to locate evidence, identify suspects, and to present evidence in criminal proceedings. Crime scene technicians are responsible for processing evidence utilizing a variety of procedures for fingerprint, DNA, and trace evidence.”

2 Comments on "Homicide on Queen Mill Road in Mableton"